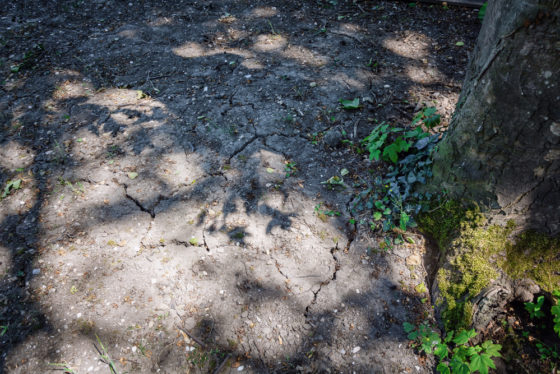 Cracks in the soil due to prolonged drought in the Netherlands. Photo: Depositphotos.com

The year 2022 is one of the five driest years on record so far and in some areas officials are having to take steps to counteract the lack of rain, broadcaster NOS said on Friday.

In some places it has not rained for weeks and the month of March was also extremely dry, NOS said.

The water level in the IJsselmeer lake has now been increased by five centimetres to make sure that water supplies remain constant and that rivers and farm land don’t dry up.

And while in parts of Drenthe and the Veluwe heathland area, the drought is not yet having an impact, in southern and coastal parts of the country, the shortage of rain is much more severe.

On Wednesday, farmers organisation ZLTO even warned that without rain in the next two weeks, the price of potatoes will rise and other harvests may fail.

The official water shortage (rainfall minus evaporation) has now reached 86 millimetres, more than double the average amount, according to figures from weather bureau KNMI.

Although some brief showers are likely in the coming days, they will not provide enough water to offset the shortages.

Dykes are already cracking in places because of the lack of rain, the Volkskrant reported on Friday.

In the south east of Brabant, farmers have been banned from pumping water out of ditches and rivers to protect water plants while in Zeeland, measures are being take to stop lakes drying up.

Water expert Gé van den Eertwegh from consultancy KnowH2O told the Volkskrant that the Netherlands needs to enforce the rules for saving water which are already in place.

‘You don’t need laws to focus on the man in the street,’ he said. ‘The major users of water are farming, industry and the water boards. The state should be making sure the provincial authorities take and enforce tough measures.’