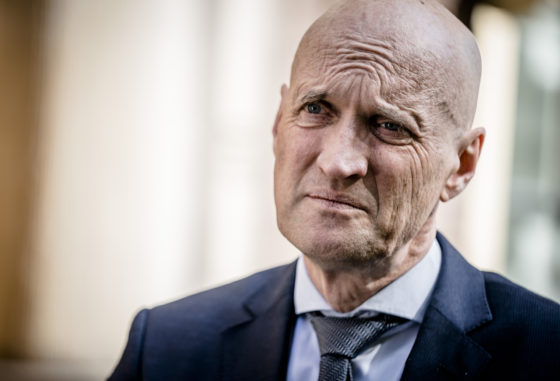 Heath minister Ernst Kuipers has called on schools, businesses and venues to draw up their own plans for preventing a new wave of coronavirus infections this autumn.

Kuipers said he wanted to avoid reintroducing restrictions and mask mandates as far as possible, but it required people and organisations to regulate their own spaces.

He was responding to concerns raised by experts this week that the Netherlands was lagging behind in its pandemic preparation and risked another lockdown later this year unless firm plans were put in place to anticipate a resurgence of the virus from September.

Kuipers acknowledged that the country needed to be better prepared to deal with up to 10 million infections next autumn and winter, but said society needed to play its part.

‘The Hague is no longer solely responsible. Sectors and citizens have said they want us to let them take the lead,’ he told NOS.

‘What I can do is sketch a picture of what we need to bear in mind. I don’t have a crystal ball, I can’t predict what’s going to happen in the near future.

Kuipers said the ministry should focus on monitoring the spread of disease and organising the response at national levels, such as the timing of the next round of vaccinations, rather than imposing rules such as mask mandates and social distancing.

‘But at the same time we should be asking the restaurant owner and the school: what are you doing in your own domain so that we don’t have to take these collective measures again?’