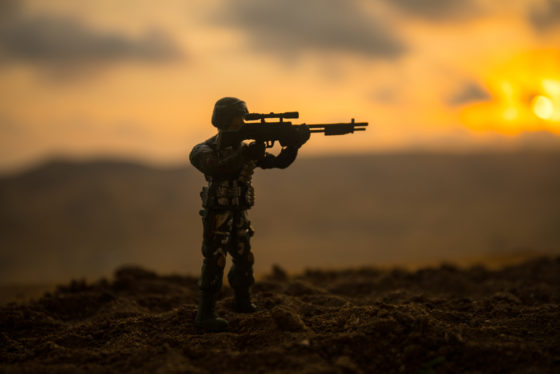 A Dutch volunteer in Ukraine has been killed by Russian artillery fire, the Telegraaf reported on Monday.

The newspaper named the man as 55-year-old Ron Vogelaar, quoting a family spokesman and a post on social media by his daughter Marte.

Vogelaar is understood to have died instantly when he was struck by artillery fire on May 4. The Dutch foreign ministry said it was still waiting for confirmation from Ukrainian officials.

If confirmed he would be the first Dutch citizen to die in the war that began when Russia invaded Ukraine on February 24.

His daughter wrote: ‘He never regretted the decision [to fight]. He was happy and felt like he was in the right place.

‘Ron started over many times, went on a lot of adventures and led a full life. As his commander said: “He died a hero.”‘

There are thought to be around 70 Dutch volunteers currently fighting in Ukraine.