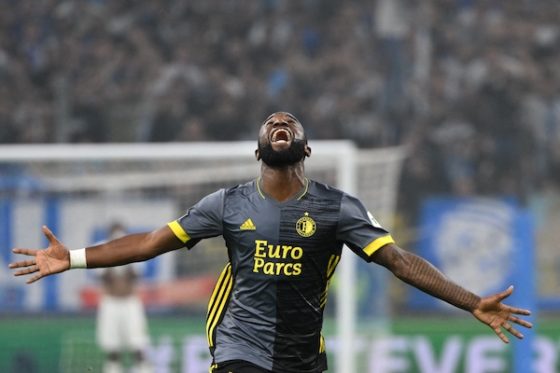 Rotterdam football club Feyenoord will play in their first European cup final in 20 years after holding Olympic de Marseille to a draw in the second leg of their Conference League semi-final.

Feyenoord will face José Mourinho’s Roma in Tirana after a solid defensive performance which ensured they made the most of their 3-2 win in the first leg.

‘Although they created almost no clear chances, they didn’t have to,’ Uefa reporter Derek Brookman said of the game. ‘Excellent defending, especially from [Gernot] Trauner and Marcos Senesi, kept Marseille at bay without too much stress. What a debut season in Rotterdam for [trainer Arne] Slot!’

Can you believe it? 😳

Feyenoord forward Cyriel Dessers, who scored twice in the first leg, said no-one would have thought at the beginning of the season that Feyenoord would reach a European final.

‘This is amazing. It still hasn’t sunk in,’ he said. ‘To get a result in an intimidating stadium like this is incredible. We gave away very few chances, so we deserve this. We’re going to Tirana. We’re in the final!’

The final of the first ever Conference League competition takes place on May 25.