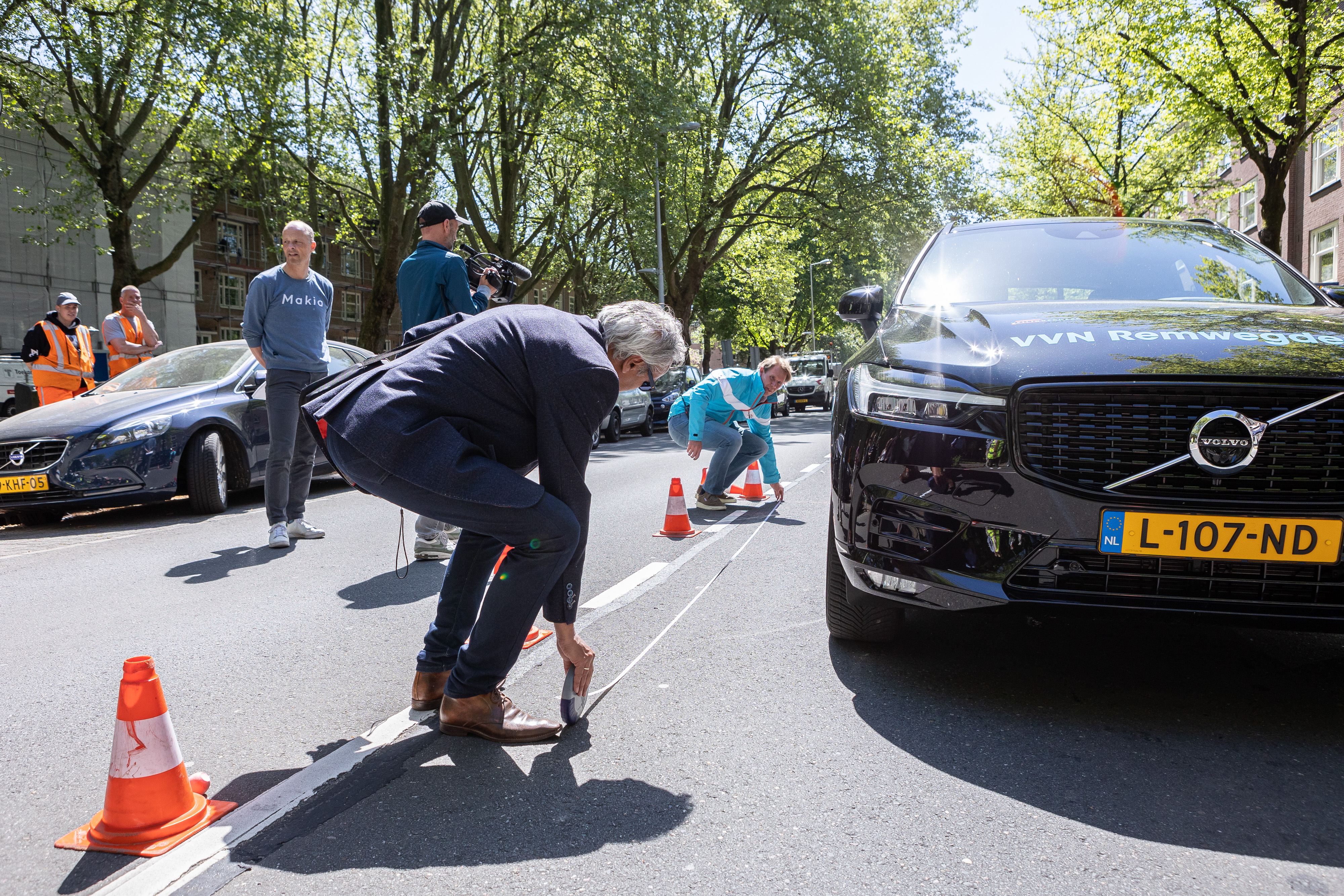 Braking distance increases dramatically when a car drives at 50kph compared with 30 kph – as demonstrated by a test in Amsterdam West to launch a safer driving campaign.

Michiel Pas, an instructor for traffic safety body Veilig Verkeer Nederland (VNN) gave a demonstration on a road where the speed limit will soon go down to 30kph showing the effects of speed at a pedestrian crossing. Including a second’s reaction time, it would take around 13m for a car to stop at 30kpm, compared with almost 28m at the higher speed.

‘At 50kph, I see a child crossing, the reaction time takes me 15m further…at 50, I would run someone over,’ he said. ‘Max Verstappen can react quicker on the track, but not if he has just been to Albert Heijn. He still needs a second.’

In a demonstration, he showed that even in the best-case scenario, fully-alert and prepared to stop at a line, his modern Volvo would still travel 3m 70 when he stamped on the brakes at 30kph and in ideal weather conditions – a higher speed, distractions and rain could, he said, be the difference between a live or dead pedestrian.

Egbert de Vries, head of traffic and transport for Amsterdam, said that the demonstration illustrated why the city is bringing traffic speeds down to 30kph at the end of 2023 – the first Dutch city to do so at scale.

‘There’s a lot of talk about traffic victims, which means there are also perpetrators, but nobody who drives a car wakes up and aims to run someone over that day,’ he said. ‘It is vital for everyone, cyclists, pedestrians and also drivers to go to 30kph, because you make it safer for yourself but also for others.

‘Things haven’t been going in the right direction with traffic safety, and this also has an effect on people in the city. People want to walk on the street, want to let their children on the streets, and so it is vital that we improve safety. Do you want a city that is slower and welcoming, or very, very fast and dangerous?

‘We know from the figures that the speed of the vehicle is an important factor for the seriousness of any accident.’ 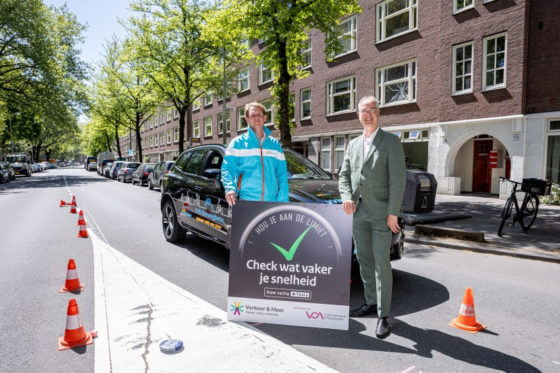 According Amsterdam traffic region, 40% to 60% of drivers are estimated to speed frequently, and sometimes unconsciously, and the latest accident figures suggest that more cyclists, the most vulnerable group, are being seriously injured in traffic.

Amsterdam, Rotterdam, The Hague and Utrecht have lobbied the government to cut speed limits in most urban roads. Although overall traffic fatalities show a pattern of decline over the past two decades, the SWOV has estimated that the speed cut would reduce the current annual toll of around 600 traffic deaths by 22% to 31%.

Gerard Slegers, vice chairman of regional traffic body Vervoerregio Amsterdam, said city life is distracting and so cutting speeds is vital. ‘People are in a rush, stressed, in their own world or just riding along with the traffic around them,’ he said in a press release. ‘The speed campaign is aimed at drivers who go too fast, consciously or not, in built-up areas and local roads. The brake demonstration clearly shows that a small difference in speed makes a huge difference for traffic safety.’