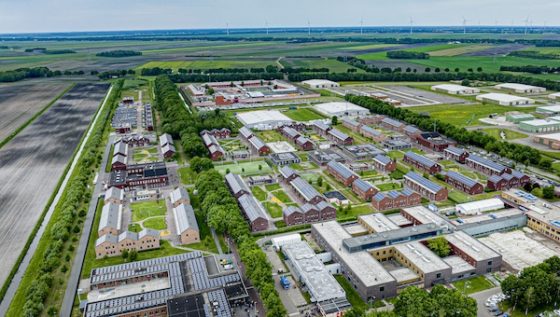 Around 120 people were again forced to sleep on chairs and on the floor in a waiting room at the Ter Apel refugee reception centre in Groningen on Monday night because of a shortage of beds.

The lack of places for people to stay has been caused by the closure of emergency centres in Breda and Nijmegen, where 200 people had been living while their cases were assessed, refugee settlement agency COA said.

‘People are sitting on plastic chairs which have been glued to the ground,’ a spokesman for refugee aid group Vluchtelingenwerk told broadcaster NOS. ‘Women, children, families and single men – these are people who have fled war and violence and this is what they end up with. It is an extraordinarily difficult and worrying situation.’

The local council and the safety board for Groningen have repeatedly warned about overcrowding problems at Ter Apel and urged the government to act. At one point people were forced to sleep in fields because there was no where for them to go.

The lack of beds has been exacerbated by a backlog in finding permanent homes for people who have been granted asylum, due to the national housing shortage.

The refugee agency COA is currently providing beds for some 40,000 people, but nearly 14,000 of them should have moved into regular housing.

In addition, three more regional reception centres will be set up, to ease pressure at Ter Apel in Groningen, where all new arrivals have to report.

Efforts to permanently solve the problem by appealing to local councils have failed to produce enough beds, so the ministers are also drawing up emergency legislation to force municipalities to act.