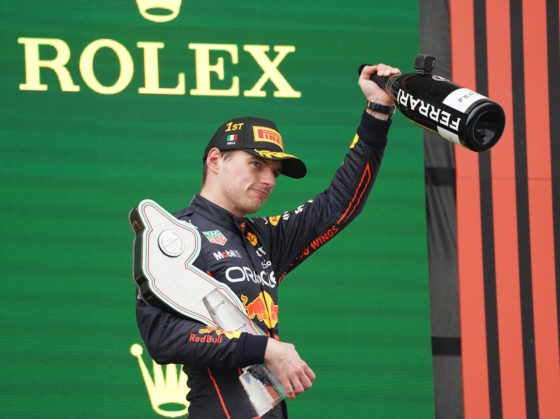 Formula One driver Max Verstappen has been named Sportsman of the Year at the prestigious Laurens World Sports Awards.

The 24-year-old is the first Dutchman to win the title, which has been won five times by tennis player Roger Federer and four times by sprinter Usain Bolt.

Cyclist Annemiek van Vleuten was nominated for the Comeback of the Year award after winning the Olympic time trial race in Tokyo, five years after a heavy fall cost her victory in the same event.

The announcement in Seville on Sunday capped a successful weekend for Verstappen, who dominated the Italian Grand Prix in Imola.

The Red Bull driver won the race from pole position to claim his second win in the opening four races of the season, with team-mate Sergio Perez claiming second place.

Verstappen had an unexpected boost when championship leader Charles Leclerc misjudged a corner 10 laps from the finish and span off the track while running third. He eventually came home sixth, allowing Verstappen to cut his lead from 46 points to 27.