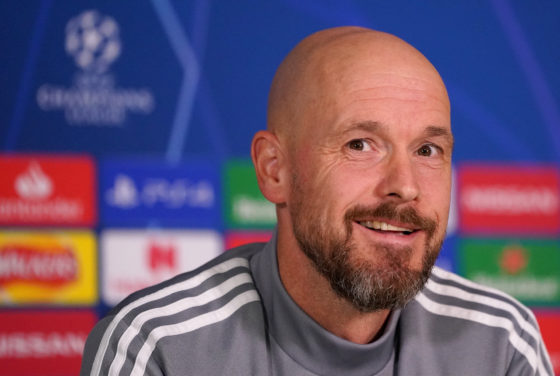 Erik ten Hag will leave Ajax at the end of the season to take over as manager of Manchester United, the Amsterdam club has confirmed.

Ten Hag, 52, will take over from interim head coach Ralf Rangnick, who is moving into a consultancy role, after signing a three-year contract.

He joined Ajax in December 2017 and has led the club to two league titles and two Dutch cup wins. The team are currently four points ahead of PSV in the Eredivisie with five matches to play.

He is the second Dutchman to manage at Old Trafford, following Louis van Gaal, who was sacked in 2016 after failing to finish higher than fifth in the league in two seasons.

In 2019 Ten Hag’s team came within minutes of reaching the Champions League final after beating Real Madrid and Juventus, only to concede a decisive injury-time goal at home to Tottenham Hotspur.

His managerial career began at Go Ahead Eagles, leading them to promotion in 2013, before he spent two years coaching Bayern Munich’s reserve team. As a player he was a versatile defender and central midfielder for Twente Enschede, De Graafschap, RKC Waalwijk and Utrecht.

His move to Manchester had been widely anticipated in recent weeks, but Ten Hag refused to respond publicly to the speculation.

‘I’m happy that it has been finalised,’ he said in a statement on Ajax’s website. ‘But I only have one interest now and that’s these last five games. I want to finish my time here on a positive note, by winning the league.’

CEO Edwin van der Sar said: ‘Four and a half years is a good amount of time, but we would have liked to have kept Erik at Ajax for longer.

“We owe Erik a lot of thanks for what he has achieved with Ajax so far, but we are not done yet. For now, what matters is the final games of the season, in which we all want to bring home the league title.’