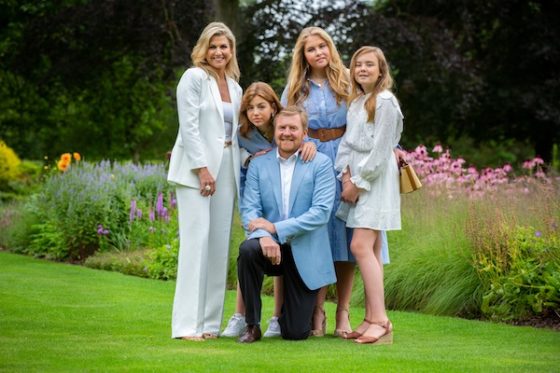 Public confidence in king Willem-Alexander and queen Máxima has hit an all-time low, with just 54% saying they have faith in the monarch, according to an online survey of 26,000 people for television current affairs show EenVandaag.

Support for the royal family has declined for the past three years, but was as high as 80% for the king when he took over from his mother Beatrix in 2013.

The two years of coronavirus have been particularly damning for the royals, following a string of blunders over holidays, and culminating in a small party for oldest daughter Amalia when she turned 18 during the lockdown at the end of last year.

‘We have all had a hard time with the coronavirus rules but the king seems to think they don’t apply to him,’ one panel member wrote. ‘He should be setting an example.’

Another said that while one error would be human ‘it as if they just don’t think’.

Queen Máxima’s popularity has also hit a low point of 61% but she remains the most popular member of the royal family.

Three in five respondents said the king’s annual pay of €1 million plus €5 million for staff and expenses is too high. The actual cost of the royal family to the taxpayer is around €60 million, although some claim it is higher still.

Despite the growing criticism, 56% of those questioned say the Netherlands should remain a monarchy, while 36% support the idea of a republic.