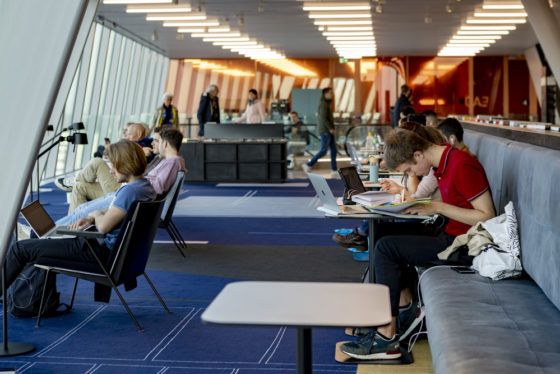 Some 20% of Dutch students say they have had to deal with bullying, discrimination, blackmail or sexual harassment, according to research involving 7,650 youngsters for student union ISO.

Some 9% of participants say they have been the victim of sexual harassment, 8% have faced discrimination and 7% have been bullied. ‘Students spend a large part of their week at university or college and these institutions should always be a safe haven,’ said ISO chairwoman Lisanne de Roos.

‘Every incident is one too many, but it now clear that one in five students are affected and that means the government and institutions should take action.’

The research also showed that almost two thirds of incidents go unreported, primarily because students do not think the case is serious enough. But 17% said they did not think anything would be done with the complaint and 16% did not know where they could report it.

‘Incidents are remaining under the radar and students are not always getting the help and support they should have,’ De Roos said. ‘It is not easy for many students to talk about what they have been through and that means the threshold should be as low as possible.’

As a start, De Roos hopes that colleges and universities will now organise better help for students, so they know who they can turn to for advice and support. Students should also have access to a counsellor who is not attached to their institution if they  fear a complaint could impact on their educational career, De Roos said.

The ISO report was carried out shortly after education inspectors suggested some 4% of Dutch students have had to deal with unacceptable sexual behaviour and in half the cases the perpetrator worked for the college or university.

Bullying and discrimination were also an issue, the inspectors said.

In January, the director of Amsterdam fashion institute AMFI resigned because he felt unable to achieve a culture change at the troubled school. The institute was the subject of a critical report last year describing the organisation as ‘socially unsafe to extremely unsafe’.

Students had earlier demanded his resignation for ignoring signals of abuse at the institute, such as the habitual humiliation of students by teachers, and comments with sexual and racial overtones.