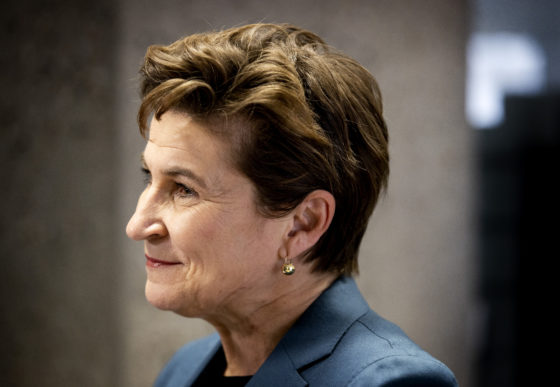 Labour party leader Lilianne Ploumen has announced she is stepping down after just 15 months in the job.

The 59-year-old, who is also quitting as an MP, said in a statement that ‘leadership of the party doesn’t suit me and that means I am not the ideal leader of our party.’

Ploumen’s unexpected departure comes a month after the PvdA made modest gains in the municipal elections, including a headline-grabbing surge in Amsterdam where it overtook GroenLinks and D66 to become the largest party.

She became leader in January 2021 after Lodewijk Asscher resigned over his handling of the childcare benefits scandal, which began while he was social affairs minister in Mark Rutte’s second cabinet. In 2017 she had retained her seat on the strength of personal preference votes after the PvdA were reduced from 38 seats to a rump of nine.

Ploumen said when she took the job she wanted to be ‘not just a leader who can open up The Hague to what’s important in this country and the world, but one who is also a skilled debater in the parliamentary chamber. I don’t think I can realise that adequately, and therefore I am stepping down.’

Following last year’s general election, when the PvdA was unable to improve on its total of nine seats, Ploumen formed a pact with GroenLinks leader Jesse Klaver in which both parties insisting they would only join a coalition together.

The result was that both parties stayed in opposition after D66 leader Sigrid Kaag dropped her opposition to a second term with the ChristenUnie (CU). The other two coalition partners, VVD and the Christian Democrats (CDA), dismissed the idea of a five-party cabinet with PvdA and GroenLinks as unstable.

Ploumen said the ‘partnership between the PvdA and GroenLinks will become broader and deeper’ in future, but NRC reported on Tuesday that the rapprochement had caused tensions within the parliamentary group.

Older Labour MPs in particular were said to be unhappy at the way the party was leaning towards the progressive GroenLinks and away from the hard-left Socialist Party, while also arguing that recent successes in elections to the European parliament and Amsterdam city council showed the party was strong enough to campaign alone.

You hear them saying: “See? Voters aren’t interested in co-operation on the left,”‘ NRC quoted one insider as saying.