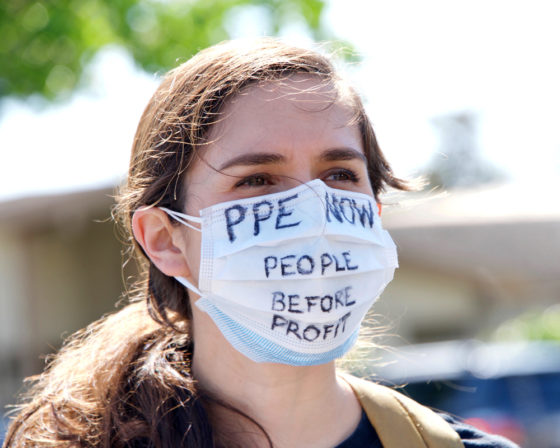 Several hundred healthcare workers have lost their jobs because they suffer from Long Covid and have been off work sick for two years, the FNV trade union federation said on Friday.

The figures come from a union survey of 518 healthcare workers who have been hit by Long Covid. In particular in the early days of the pandemic, proper protective clothing was not available for some workers.

‘This is a kick in the teeth for all the healthcare professionals who were on the front line, keeping the Netherlands going,’ deputy chairwoman Kitty Jong said.

‘Many healthcare workers isolated themselves from friends and family because they did not want to be a risk to their patients. In the end, most of them were infected at work. And as thanks for doing a heroic task, they have been sacked.’

The public health institute RIVM estimates 238,000 healthcare workers caught coronavirus and, the FNV says, most of the Long Covid reports they have had come from people who work in nursing homes or as home nurses.

The FNV and fellow union federation CNV have for some time been urging the cabinet to set up a fund for healthcare staff who have suffered financially after developing coronavirus during their work.

Permanent employees are paid at least 70% of their salary for two years if they become unable to work through ill health, although some employers increase this to 100%. After two years, however, they can be sacked and then have to claim invalidity benefit (WIA).

In some cases that will be half that of their original salary, the FNV says.

The government has set up a special temporary fund to help healthcare employers retain staff past the two year deadline, but that will not come into effect until June. That, says the FNV, is too late for many.

In addition, the help is only for six months.

The FNV wants the government to set up a permanent fund like those used to help people with other work-related disabilities, such as painters and people who worked with asbestos.