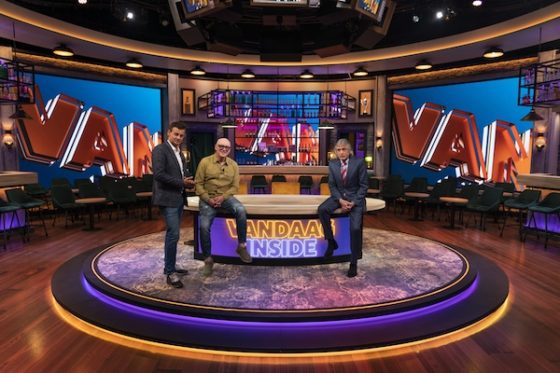 Football pundit Johan Derksen is at the centre of a new media storm after he told a story on television about penetrating an unconscious woman with a candle some 50 years ago.

Derksen, who is 73, talked about the incident in Tuesday’s episode of football chat show Vandaag Inside, generating laughter and jokes from the rest of the men at the table. Nor did presenter Wilfred Genee intervene.

Derksen said he and the keeper of Veendam football team had been out on the town with two women, and that all of them were very drunk.

‘I remember and I’m not proud of it,’ he said. ‘That sort of thing happens when you were young… The young lady was lying unconscious on the couch and there was such a big candle. We put it in it and then we left.’

The comment, and ensuing laughter, led to condemnation from experts on sexual violence and regular guest Roos Schlikker said she was leaving the show.

On Wednesday, however, Derksen said he had simply placed the candle between her legs when she was passed out on the sofa. There was no question of penetration, he said.

‘I misbehaved when I was 24 and I am sorry about that, and that is also what I said before I went public with the story,’ he said.

Mariëtte Hamer, appointed last month by the government to head a government commission into sexual harassment and violence, said Derksen’s initial comments were upsetting and insulting to people who have gone through similar things.

The fact that he has now downplayed the incident does not change that, she said. His reaction highlights the way people speak about sexual violence and about women.

Janke Dekker, chairwoman of Mores which monitors sexual abuse within the arts, said Derksen’s second statement was a not particularly successful attempt at damage control.

‘What this broadcast makes clear is the culture that we have to change in the Netherlands and what we have to fight against,’ she told RTL Boulevard.

The public prosecution department said on Thursday afternoon that it would investigate the reports and called on those who were involved to come forward.

The incident, the department said, is clearly unacceptable and the way in which it was discussed on the show ‘particularly hurtful’.