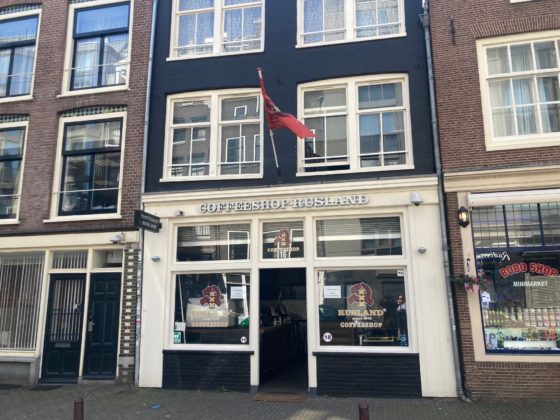 Rusland is one of the city’s oldest cannabis cafes. Photo: DutchNews.nl

Amsterdam mayor Femke Halsema wants to press ahead with plans to close the city’s cannabis cafes, or coffee shops, to tourists, saying the move is the only option to get a grip on the local soft drugs market.

Halsema told city councillors on Monday afternoon there is a ‘worrying interdependence’ between the soft and hard drug trade and that ‘money from the lucrative cannabis trade easily finds its way into hard drugs’.

‘Many of the major problems in the city are fueled by the cannabis market: from nuisance caused by drug tourism to serious crime and violence,’ she said. ‘Banning sales to tourists is a necessary intervention… and a first step towards regulation.’

Earlier research indicates that only 66 of the current 166 licenced coffee shops in Amsterdam are needed to meet local demand.

Every year, some three million foreign tourists visit an Amsterdam coffee shop – which is the only part of the country where the residents-only rule has not been introduced.

In other towns and cities where coffee shop access is limited to residents, there has been a resurgence in street dealing.

Despite this, Halsema says that the introduction of a ban would be the best temporary measure to ensure the cannabis market remains manageable while experiments with regulated marijuana production get underway.

In addition, the mayor has launched a new campaign against street dealing, which includes warning signs, increased camera surveillance and the use of ‘hosts’ to warn tourists about the risks in the city centre and red light district.

The move to keep tourists out of coffee shops is not backed by two of the biggest parties on the city council. D66 and GroenLinks, which are currently in talks on forming a new coalition administration in the capital with the PvdA, are opposed to the move.

The PvdA, which emerged as the biggest party after the March local elections, is willing to support the residents only rule if the mayor is committed to stamping out street dealing.

However, Halsema does not have to rely on majority support within the city council if she declares the situation to be ‘necessity’, the Parool points out. It would then be within her powers to impose the measure, with or without majority council support.