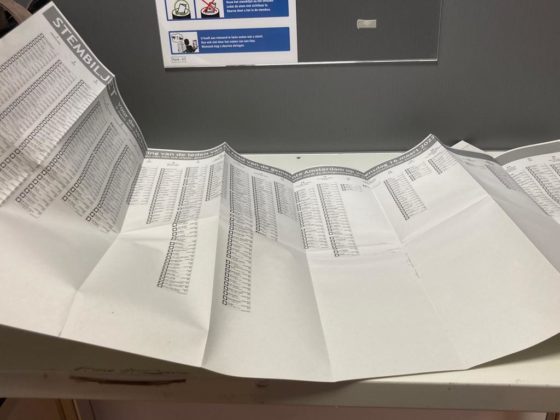 The proportion of women elected as local councillors appears to have increased in the local elections, according to preliminary research by the Stem op een Vrouw campaign group.

Stem op een Vrouw (vote for a woman), encourages voters to use the preference voting system by voting for a female candidate who is close to the top of a political party’s list of candidates, but who is not likely to get elected directly.

Candidates who gather a significant number of preference votes can leapfrog others to win a council seat.

The preliminary figures show that in 13 of the 70 biggest local authority areas, more women than men have been elected to the council and that seats are evenly split in a further five.

In Groningen, for example, seven extra women were elected on the basis of preference votes, and the situation is similar in Zwolle, Nijmegen and Haarlem, the organisation says.

In total, 150 women appear to have won a seat in the 70 biggest councils because of preference voting, compared with 70 four years ago.

In the 2018 local elections, just 30% of elected councillors were women but this is now likely to be around 40%, spokeswoman Devika Partiman told Trouw. ‘Voters are no longer blindly opting for the highest placed woman, but one further down the list.’