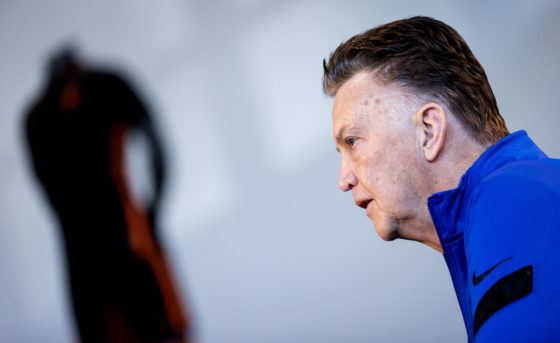 Louis van Gaal has described FIFA’s decision to award this year’s World Cup to Qatar as ‘ridiculous’ and driven purely by commercial motives.

The national team coach, who is stepping down after the tournament in December, said he turned down offers to work with football’s governing bodies on ethical issues because it was a pointless exercise.

Van Gaal was in forthright mood during Monday’s press conference ahead of the friendly matches against Denmark on Saturday and Germany next Tuesday, as he fine tunes his squad in preparation for the World Cup.

‘I think it’s ridiculous that the World Cup is over there,’ he said. ‘The idea we’re playing in a country to “develop football there”, as FIFA says, is bullshit. It’s all about money and FIFA’s commercial interests.’

Van Gaal said he discussed ethical issues with the Dutch football association (KNVB) every week but had no interest in working on committees for FIFA or UEFA. ‘I’ve always kept away from those sorts of organisations. Things are wrong but my opinion won’t rid the world of the problem.’

The coach also backed plans to appoint Ronald Koeman as his successor when the World Cup ends, after the KNVB confirmed this week it was in talks with the former Barcelona manager.

‘I think that’s very sensible and I told the KNVB so,’ said Van Gaal. ‘A year ago I was the only experienced coach available and that will soon be the case for Ronald.’