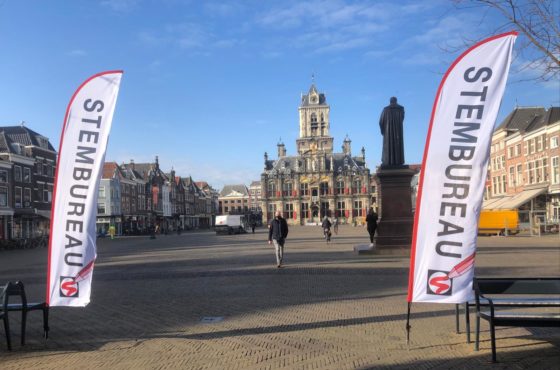 Delft
Student party STIP won the biggest share of the vote in Delft, overtaking GroenLinks (which lost 2.3%) to take 15.8% of the vote. The two are currently in a 5-way coalition with the VVD, D66 and PvdA.

New party Hart voor Delft also debuts in the student city with 13.5% support or five seats on the council.  Four parties will be needed to form a new coalition in Delft.

Leiden
There were big gains for GroenLinks in Leiden, which added four percentage points to its support to win 10 seats. That means GL overtake D66, which lost three seats to become the biggest party and take the lead in the coalition talks.

The VVD lost one seat to win five, while the PvdA and pro-animal PvdD both won four. The current coalition is a combination of D66, GroenLinks, PvdA and retain their majority – albeit a narrow one seat. 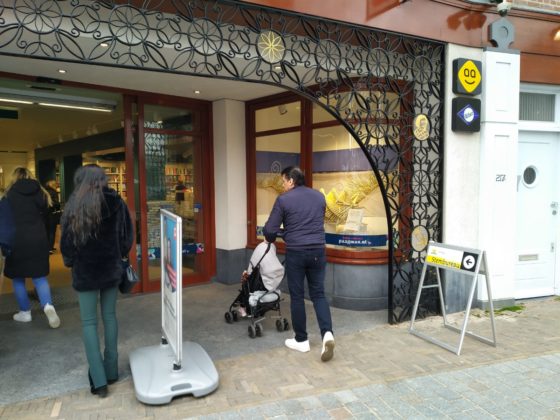 Groningen
The three biggest parties in Groningen all lost support on 2018 but GroenLinks remains by far the largest, with nine seats on the council, down two on their old total. The PvdA and D66 lost votes, but remain on six and five seats respectively.

Three parties have four seats – the SP, local party Stadspartij and the pro-animal PvdD while the student party and VVD both have three.

The PVV has one seat on Groningen council and the far right FVD failed to win enough votes to debut.

At least four parties will be needed to form a new coalition in Groningen. The current coalition – GroenLinks, PvdA, D66, ChristenUnie – would need one more councillor to stay in power.

Amstelveen
The VVD remains the biggest party in Amstelveen, but has lost two seats. Nevertheless, the party narrowly retains its majority over D66, which lost some votes but remains on eight seats.

Local party Burgerbelangen added one seat to win five, while GroenLinks lost a seat and now has four.

The three biggest parties have enough seats between them to form a new coalition. The current combination of VVD, D66 and PvdA falls one seat short.

Haarlem
In Haarlem the PvdA made gains to win seven seats on the local council, overtaking GroenLinks, which lost three and now has six.

The VVD and D66 are unchanged with five seats each, while five parties each have two seats and six parties, including far right FVD, have one.

At least four parties will be needed to form a coalition in Haarlem, and the current line-up – GroenLinks, D66, PvdA and D66 – retains a one seat majority.

Your city not covered? Nos and the Telegraaf both have active maps where you can check out the results in each municipality.