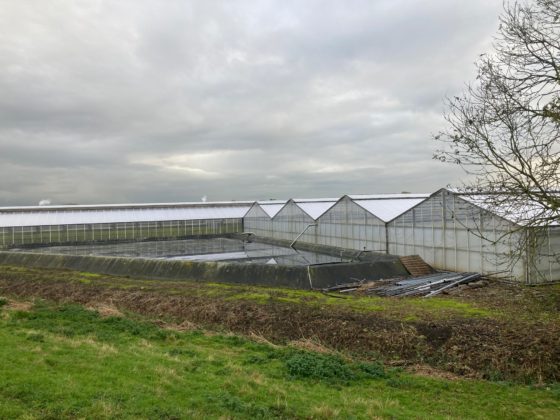 Dutch staffing agencies are getting ready to welcome Ukrainian refugees in the hope that they can fill some of the record number of job vacancies currently open in the Netherlands, broadcaster NOS said at the weekend.

Ukrainian nationals who flee the fighting for the Netherlands will have the right to work and send their children to school on their arrival under a new agreement reached between EU leaders last week.

Staffing agency Contrain Group, which already recruits Ukrainians to work in Poland, said it is looking at the options of helping them into jobs in the Netherlands.

‘We are already taking care of Ukrainian refugees in Poland and are looking at the opportunities to bring them to the Netherlands to work,’ spokesman Hans Leenhouts told the broadcaster. ‘We are also looking to expanding our supply of accommodation for them.’

Leenhouts said the horticultural industry and logistics sector in particular have a shortage of workers and will be keen to employ Ukrainians.

As soon as the situation surrounding work permits is clear, the agency will also organise housing for them, owner Kumar Spaans told the agency.

Staffing agency NL Jobs said its efforts to employ refugees from Syria and Afghanistan had flopped because of red tape and language issues.

Refugees from countries without a treaty with the EU are not allowed to work for at least six months, even if they are likely to be given leave to stay.

NL Jobs spokesman Brian Lexmond told NOS he hoped that the EU would relax the rules for workers from outside the EU given the difficulties in finding people in the Netherlands and eastern Europe.

‘It is very sad that something like this has to happen in Ukraine to get things moving,’ he said. ‘But hopefully this will get people thinking about seasonal workers without European passports.’

However, Malgorzata Bos-Karczewska, editor in chief of website Polonia.nl, which provides news and information for Polish nationals in the Netherlands, said staffing agencies should show compassion before thinking of profits.

‘Let us welcome refugees as people, not as cheap labour,’ she told DutchNews.nl. ‘It is extremely inappropriate at a time of war within Europe for staffing agencies to try to solve staff shortages and earn money by using Ukrainian refugees.’

In addition, staffing agencies should recognise that Polish workers in the Netherlands are coming to terms with the situation in their own country, where one million refugees have now arrived, she said.

‘Refugees need rest and security,’ she said. ‘Work is something to think about later. And make sure that these people are not exploited by other staffing agencies.’

The Dutch staffing agency sector has been dogged by problems, partly caused by the lack of licencing, but as yet the government has not begun implementing reforms.

A major report commissioned by the government and published over a year ago made 50 recommendations for improving the situation of so-called arbeidsmigranten but so far nothing has been done.

Roemer’s report also recommended stopping agencies providing housing as part of a job contract. Instead seasonal workers should be given individual rental contracts, their own rooms, and be allowed to stay on the premises for up to a month if they lose their jobs, the report said.