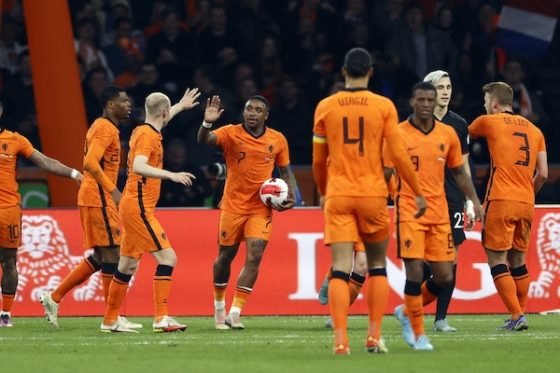 A 1-1 draw against Germany and Portugal’s win over North Macedonia, leaves the Dutch men’s football team in Pot 2 for Friday’s World Cup draw.

Oranje had already qualified for the tournament, but a win over Germany and a defeat for Portugal could have put them in Pot 1, along with hosts Qatar and the seven best teams in the preliminary competition, Dutch media reported.


Coach Louis van Gaal, who has described FIFA’s decision to award this year’s World Cup to Qatar as ‘ridiculous’, will not be at the draw because he has tested positive for coronavirus.

Instead his place will be taken by assistant Danny Blind.

Van Gaal has also backed plans to appoint Ronald Koeman as his successor when the World Cup ends, after the KNVB confirmed this week it was in talks with the former Barcelona manager.