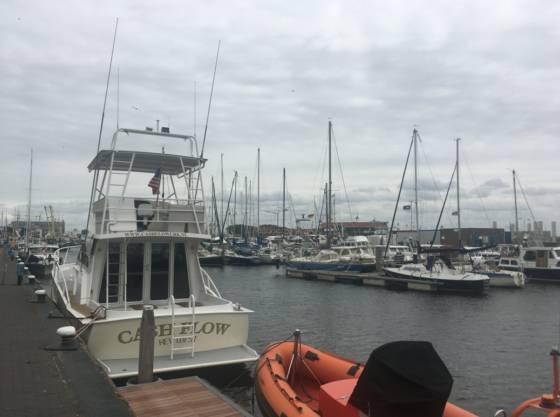 Urk’s harbour is no longer directly connected to the sea. Photo: DutchNews.nl

On the staunchly Protestant former island of Urk, the fundamentalist SGP has won the battle of the Christian parties.

The SGP, which closes down its website on Sundays and believes the Netherlands should be governed ‘entirely on the basis of the ordinances of God’, soared 12 percentage points, grabbing six seats on the 19-seat council.

The ChristenUnie, also a fundamentalist Protestant party but left wing on social issues, shrank nine percentage points to 13%, while the CDA also lost support. Local party Hart voor Urk joins the CU and CDA with three seats each on the council.

Local experts say ChristenUnie had been hammered because of its support for the government’s coronavirus strategy.

Urk has fewer vaccinated residents than any other part of the Netherlands and police were called out several times to deal with rioting youngsters during the lockdown. The local testing centre was also destroyed in an arson attack.

Despite the religious overtones, in 2019, a government report also suggested Urk is a hotbed of crime, often involving entire families. The report, by the home affairs ministry’s regional crime information unit RIEC, said islanders are involved in cocaine smuggling, money laundering and in exploiting workers in the local fish processing industry.

Urk was an island until 1939 when the Afsluitdijk cut it off from the sea, forcing the local fishing industry to adapt.

Nationwide, the SGP has gained about 30 seats in Bible belt towns and is also the biggest in the Zeeland town of Veere. ‘I am extremely happy that the SGP is growing in so many places,’ party leader Kees van der Staaij said on Twitter.

Despite the SCP’s opposition to women’s involvement in politics, three of the party’s 230 local councillors are now female – representing the church-dominated group in Vlissingen, Noordoostpolder and Dordrecht.

In 2012 the Dutch supreme court and European Court of Human Rights ordered the party to give women the right to stand as MPs and councillors.

The SGP took its case to the European Court after the Dutch supreme court ruled in 2010 the party must allow women to stand for election and that the state has a duty to ensure they have this right in practice.