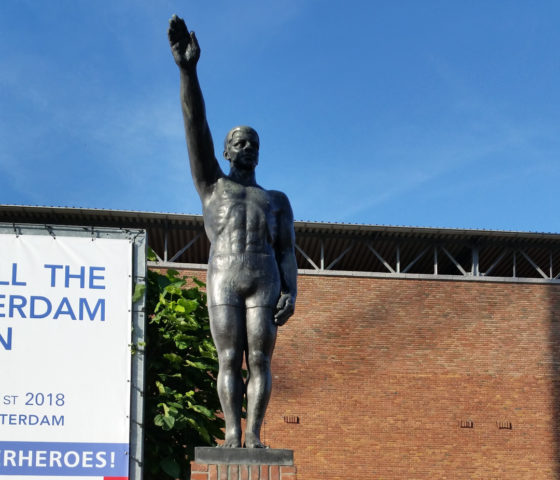 A statue of a sportsman has been removed from the entrance to Amsterdam’s Olympic stadium because of its fascist connotations.

The Van Tuyll monument, a bronze figure with an outstretched right arm, dates from 1928 – the year Amsterdam hosted the Olympics – but had attracted criticism because of its resemblance to the Nazi salute.

Earlier this year the statue was daubed with red paint and the slogans ‘fuck Nazis’ and ‘fascists die’ written on the wall of the stadium behind it.

Although the statue predates the rise of Adolf Hitler, further research found that the Olympic salute introduced in 1924 was used by Italian fascist dictator Benito Mussolini after he seized power in 1922.

The stadium’s authorities had already taken steps to move the statue to a less prominent location inside the stadium, but the foundation Het Cuypersgenootschap, a conservation organisation for historic buildings, objected to the city council’s decision to license the move.

A judge still has to rule on whether the statue, a listed monument, should be permanently moved.