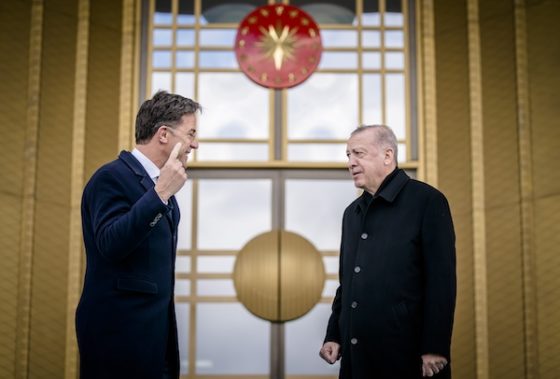 Prime minister Mark Rutte has held talks on the war in Ukraine with Turkish president Recep Tayyip Erdoğan ahead of the Thursday’s Nato summit.

After the meeting, Rutte praised Erdogan’s attempts to end the war via diplomacy and stressed Turkey’s political and military importance for Nato. Turkey shares a border with Ukraine and Russia in the Black Sea and has good relations with both countries.

The two leaders also discussed trade, agreeing to boost trade between Turkey and the Netherlands from some €11 bn in 2021 to €20 bn in the coming years.

The visit was the first by Rutte to Ankara since 2012.

The relationship between the two countries has been strained, particularly in 2017 when the Netherlands denied entry to a government minister who wanted to campaign for a yes vote in a constitutional referendum.