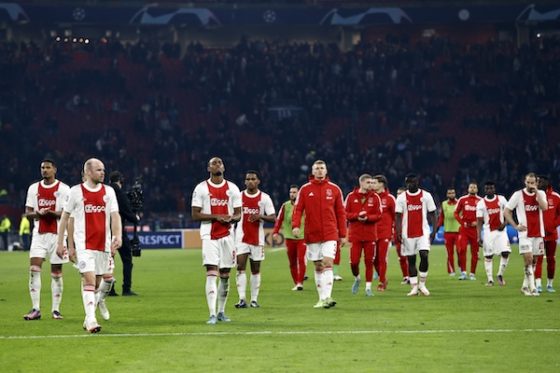 A late header from Darwin Núñez put Amsterdam football team Ajax out of the Champions League on Tuesday night, giving Portuguese side Benfica a 3-2 win on aggregate in the round of 16.

Ajax dominated the first half but but a misjudgment by keeper Onana helped Darwin head in the only goal.

‘We were the better team,’ Ajax captain Dušan Tadić said after the game. ‘Benfica did nothing, except for one free-kick. We wanted to dominate, and we did, but then in one moment… unbelievable.’

Ajax have not won a home game in the Champions League knockout stages since 1996. They have since drawn four and lost five.

Ajax currently head the Eredivisie with a two point lead over PSV Eindhoven and meet arch rivals Feyenoord on Sunday. Ajax are also in the final of this year’s KNVB Cup and will take on PSV for that title on April 17.