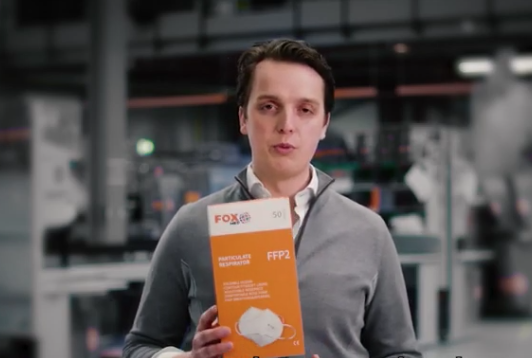 The public prosecution department has started a criminal investigation into a charity which earned its founders millions of euros for supplying face masks at the start of the coronavirus pandemic.

The deal was put together by CDA activist and civil servant Sywert van Lienden and was signed amid a flurry of publicity in April 2020. But it later transpired that Van Lienden sold the deal to the public as a non-profit venture when it was in fact carried out via a newly-formed limited company.

Van Lienden later confirmed he personally earned over €9m on the venture.

The decision to open a criminal investigation follows a formal police complaint made by staffing agency Randstad last year.

The company provided 15 workers free of charge to work for the foundation Stichting Hulptroepen Alliantie.

Randstad’s legal affairs chief Patrick van der Herberg told website Follow The Money last December that the company had been told the initiative was non-profit, and said he was shocked to discover millions of euros had been made by the founders.

‘What happened is not right,’ he said. ‘Then you have to take action.’

In October, lawyer Peter Plasman said 12 people who worked for the foundation as volunteers were also planning to take legal action against the foundation.

Ministers said last year that the controversial deal to import face masks from China, which netted three young entrepreneurs a combined €20m in profit, was above board.

Update: The Telegraaf reported on Monday afternoon that Van Lienden and one other person had been arrested in connection with the investigation.