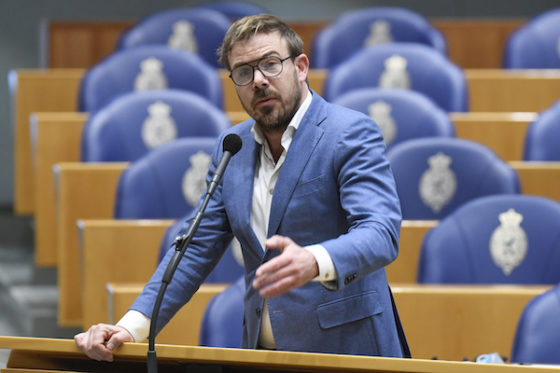 A Dutch Labour MP has become the latest high profile man to resigned after being accused of sexually harassing women.

The accusations, relating to ‘inappropriate behaviour in Gijs van Dijk’s private life’ are now being investigated, the PvdA said in a short statement.

However, it has since emerged that one woman, who was chairman of a party committee on poverty, reported Van Dijk’s actions to the police and the party leadership as early as 2019.

Cornelia Klaster, who has waved anonymity, said she had frequent meetings with Van Dijk who, despite being told not to, hugged her so hard she was left with bruises on her breast. When she went to the police she was told to complain to the party leadership. After an investigation her complaint was found to be groundless.

The women who have come forward in the last few days were not in a working relationship with Van Dijk.

Party leader Lilianne Ploumen said she had spoken to the two women and said the accusations warranted an external investigation. Ploumen said the 2019 investigation has been ‘thorough and independent’ but said the case would be included in the new probe.

Gijs van Dijk was an MP since 2017 and was the social affairs spokesman for Labour. His is the second political MeToo case to hit the headlines. Last year Amsterdam local councillor Ivens Laurens had to resign after sending inappropriate emails to several women.

A spokesman for Amsterdam’s mayor Femke Halsema told DutchNews.nl new guidelines for dealing with ‘questions of integrity’ are now being finalised and will be presented to the next city council after the March elections.