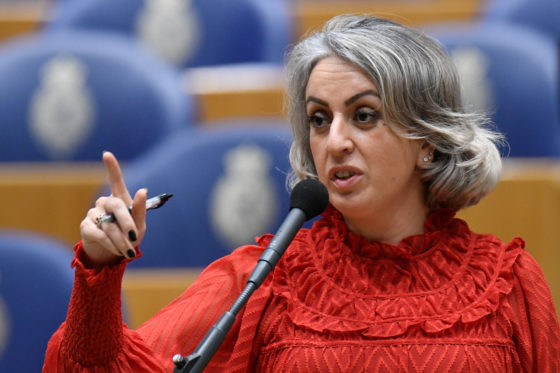 Volt MP Nilufer Gündoğan has accused the party of acting ‘disproportionately’ in suspending her while it investigates allegations of inappropriate behaviour.

Gündoğan, one of three MPs for the pro-European party, issued a statement saying the party had not responded to her requests to discuss the accusations, which made her ‘compelled to reflect on the situation.’

‘First of all I regret the course of events, which have been a nightmare for me,’ she said on Twitter.

‘I am convinced that, in view of the nature and extent of the complaints, the reaction has been disproportionate, particularly the lack of regard for my request on that Sunday night to give us all 24 hours to consider the circumstances carefully and not react in haste.

The 41-year-old said she was determined to keep her seat in parliament and still supported Volt’s policies. But she also questioned whether her suspension was legally justified and said she was taking advice from lawyer Gert-Jan Knoops.

As Volt’s spokesperson on justice and defence, Gündoğan has clashed in parliament with the far-right party Forum voor Democratie and spoke recently of the threats she receives on social media.

Last November FVD MP Gideon van Meijeren refused to condemn the attacks and told parliament he was ‘proud’ of the party’s supporters for ‘doing everything they can to persuade Mrs Gündoğan to drop her absurd policies.’

Gündoğan said in her statement that she had discussed her personal safety with party colleagues last week and taken advice about security. ‘Life in politics is worth a lot to me, but not everything. I’m not just a politician but a mother as well, and that makes you look at things differently.’