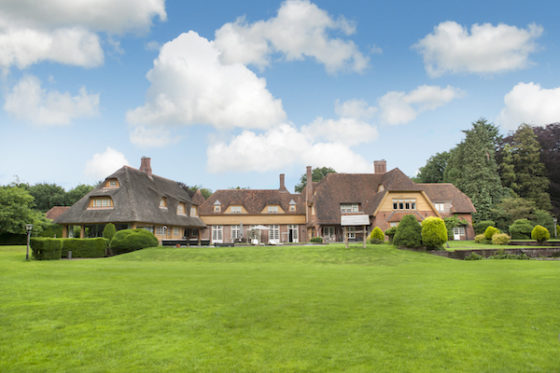 The main house on the estate. Photo: Gemeente Eindhoven

Eindhoven officials has agreed to pay €29m for a country estate once owned by Frits Philips, from the electronics empire family.

The De Wielewaal estate, developed in 1934, is to be turned into a public park and will cost the city some €1m a year to run.

According to Eindhoven mayor John Jorritsma the estate, with a lake and thousands of mature trees, is three times the size of Amsterdam’s Vondelpark and similar in size to Hyde Park in London.

Brouwers told business magazine Quote he is delighted to have sold the property to the city. ‘I was in the luxury position of having four potential buyers,’ Brouwers said, adding that he had not gone for the highest offer.

Brouwers bought the house from the Philips family in 2007 and has a deal with Eindhoven to live in it for a further three years. During that time, the city will draw up a plan to improve public access and work out how to make money from the estate to pay for its upkeep.

The sales agreement still must be voted on by a meeting of the full city council at the end of this month.