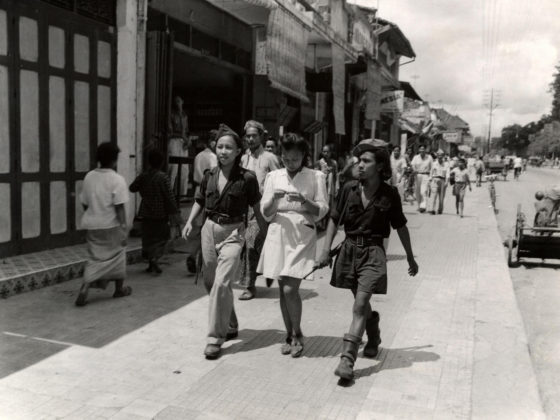 Prime minister Mark Rutte has offered ‘deep apologies’ for the ‘systematic and widespread extreme violence’ used by Dutch armed forces in their attempts to put down the Indonesian struggle for independence.

He has also said sorry to the people of Indonesia on behalf of his current government, that ‘previous governments have consistently looked away.’

The apology is considered to be the first recognition by the Dutch state of its full responsibility for war crimes between 1945 and 1949, and it follows the publication of the initial findings of a four-year research project. The €6.4 million study found that extreme violence was used by the Dutch on a larger scale than ever admitted at the time, or later.

The largely government-funded project, commissioned in 2017 after a series of court cases over mass killings, torture and gang rape by Dutch troops, was the first to challenge the official narrative from 1969 that ‘the armed forces as a whole had behaved correctly in Indonesia.’

The Indonesian armed struggle began after the defeat of Japan at the end of World War Two and ended in 1949. After three centuries of colonial rule, the Dutch government finally acknowledged the sovereignty of Indonesia.

‘During the war, the Dutch armed forces used extreme violence on a frequent and structural basis, in the form of extrajudicial executions, ill-treatment and torture, detention under inhumane conditions, the torching of houses and villages, the theft and destruction of property and food supplies, disproportionate air raids and artillery shelling, and what were often random mass arrests and mass internment,’ according to the study’s conclusions.

When commissioning the research, by Dutch and Indonesian teams, then foreign minister Bert Koenders said: ‘we must dare to look into the mirror of our past’. Although in 2013, the Dutch ambassador to Indonesia apologised for summary executions, as part of a settlement with widows from South Sulawesi, and the Dutch king also said sorry for ‘excessive violence’ in 2020, the state has until now never acknowledged the extent of the unethical violence and ‘deep-rooted colonial mentality.’

‘Politicians, military personnel and administrators in the colony and in the Netherlands were convinced of the superiority of the Dutch, and their attempts to control Indonesia were mainly driven by economic and geopolitical motives, and by the idea that they still had a mission in the “East” and were indispensable there. This attitude resulted in crucial errors of judgement, both militarily and politically,’ the summary adds.

In a press conference, researchers acknowledged the sensitivity today of an initial period of extreme violence by Indonesian revolutionaries – known controversially in Dutch as ‘bersiap’. They said that around 6,000 Dutch people died in this period (less than some estimates of 30,000). During the war, however, many more Indonesian subjects died, and the researchers said that Dutch military techniques such as torture were ‘tolerated’ and known about at every level.

Genocide and holocaust historians such as Prof Frank Van Vree, researcher at the NIOD Institute for War, Holocaust and Genocide studies, have described the period as ‘part of a national shame or guilt’…that is ‘hardly compatible with a rosy self-image that the Dutch have to this day about many subjects.’

However, some groups have criticised the report. Hans van Griensven, chair of the Venteranen Platform said that the focus on extreme violence by Dutch forces was ‘one-sided’ in a statement. ‘Unfortunately, more than 200,000 veterans are implicitly portrayed as perpetrators of extreme violence (war criminals), insulting and stigmatising them and their relatives and loved ones,’ he said.

Hans Mol, chairman of the FIN Federatie Indische Nederlanders criticised the investigation for not giving enough prominence to violence against Dutch people during the initial period of revolution. ‘This means the results are incomplete and give an incorrect image of the decolonisation period in the former Dutch Indies,’ he said in a statement.

However, Jeffry Pondaag, chairman of the KUKB Foundation for Dutch Debts of Honor, which has organised serial court cases against the state, told DutchNews.nl that the academic report did not go far enough. ‘It is still being brushed under the carpet,’ he said. ‘The Netherlands is wrong, full stop; there is no comma. They are afraid to admit their culpability and, of course, that is because they will have to open their wallets.’

In his apology, Rutte also said sorry to the Dutch people, including military veterans. ‘Today we must also note that it is appropriate to apologise to everyone in our country who has had to live with the consequences of the colonial war in Indonesia, sometimes right up to the present,’ he added, speaking from Brussels. ‘This means all groups, including the veterans who at the time behaved like good members of the military.’

He said that the responsibility for this ‘black page’ of the country’s history was not with individual soldiers who were ‘sent badly prepared on an impossible mission’ but with the government, parliament, courts and leadership of the armed forces.

‘The prevailing culture was one of looking away, shirking [responsibility] and a misplaced colonial sense of superiority,’ he added. ‘Even after so many years, this is a painful realisation.’

The first books in a 14 volume history series resulting from the research have been published this week, including an English title, Beyond the Pale. The revolution is also the subject of a major exhibition at the Rijksmuseum, running until June.