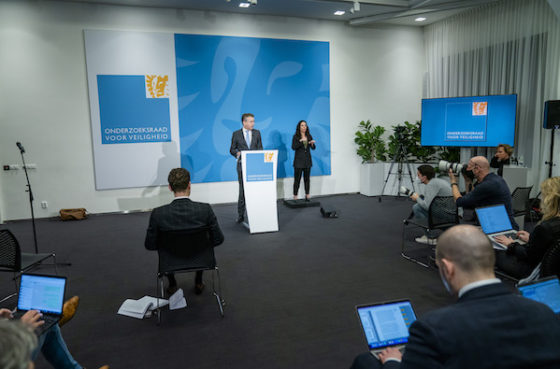 The Netherlands was not sufficiently prepared for a major infectious disease outbreak when the coronavirus pandemic hit, the Dutch safety board OVV said on Wednesday, in the first of three reports on the crisis.

The subsequent focus on ‘combating an infectious disease’ meant that other interests – nursing homes, education, cultural institutions, and small and medium-sized businesses – were not taken into account when drawing up policy, the OVV said, in its 300 page publication.

‘The Covid-19 crisis touched people’s lives throughout the world. Here, the health crisis spilled over into the biggest social crisis we have seen in decades,’ OVV chairman Jeroen Dijsselbloem said.

The first coronavirus case in the Netherlands was confirmed on February 27 and at that moment, there was a lack of expertise at a national level in dealing with an epidemic, which led to a lot of improvisation, the report said.

In particular, the situation in nursing homes and in the community nursing sector were largely ignored, and this led to a ‘silent disaster’, the OVV said. Almost half the official coronavirus deaths in 2020 were among residential care residents.

Warnings about the critical situation in nursing homes were often not heeded because the cabinet’s focus was on hospitals and intensive care ward capacity.

This meant, for example, that protective clothing such as face masks, was only available for hospitals and acute care services in the early stages, exposing nursing home residents and staff to considerable risk.

‘When the gravity of the situation in nursing homes became clear, the government issued a ban on visits at the request of the nursing home sector,’ the OVV said. ‘The social and psychological impact of this measure was keenly felt, leading to loneliness and in some cases denying family members the opportunity to say goodbye to loved ones who lost their lives.’

The report also criticises the fragmented nature of the Dutch health service, which complicated communication and the way government experts appeared on television and interviews.

‘It was not always clear to outsiders whether the experts were responding in their talk show performance as members of the OMT, as independent consultants with specific expertise or as representatives of their own sectoral or professional association,’ the report said.

‘The fact that the chairman of the OMT (Jaap van Dissel) emphasised the political nature of the choice to make the wearing of face masks compulsory in public transport (in May 2020) and in public areas (in August 2020) while he himself openly expressed doubts as to the value of the measure, in no way helped maintain support for the announced measures.’

‘As a result of these statements, government policy was effectively undermined by advisors to the same government.’

The report concludes that the pandemic was – and still is – a crisis of unprecedentedscale. ‘The tremendous efforts of many, which for those involved in the heart of the crisis organisation still continues to this day, has not been able to prevent the crisis eventually affecting everyone. People were not only hit by the crisis itself, but also by the implemented measures.’

In the future, officials should be ‘acutely aware of the needs of vulnerable groups and monitor the approach to make sure that it is working for them,’ the board said. There should also be a clear separation between the role of the advisors (the experts) and the role of the decision makers (the government officials).