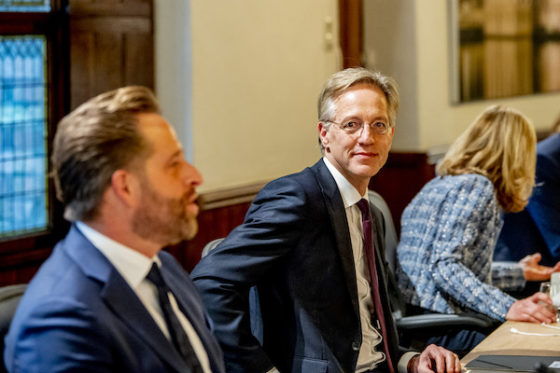 Just one in three voters have confidence in the new team of ministers and there is only majority backing for the new government among supporters of Mark Rutte’s right wing Liberal VVD, according to a new poll of over 2,700 people by I&O Research for broadcaster NOS.

In addition, two-thirds of voters say this should be the last cabinet with Rutte, now the Netherlands’ longest serving prime minister, at the helm.

The new cabinet is a continuation of the previous administration – a combination of two Liberal and two Christian parties – albeit with a largely new line-up of ministers. Just eight ministers from the previous government feature in the new set-up and all, apart from Rutte, have moved to a new department.

The research showed there are two main reasons why two-thirds of the population don’t have confidence in the new cabinet. While supporters of far-right parties and the Socialists disagree with policy in principle, voters nearer to the four cabinet parties are sceptical about whether the new administration can break with the past.

Voters consider solving the housing crisis to be the most pressing problem facing the cabinet with 52% naming it as an important theme. Healthcare was in second place, and highlighted by 45% of respondents. Just 28% said climate control was a major issue and 22% tackling coronavirus.

Voters were, however, positive, about the decision to name ministers to deal with specific problem areas, such as housing, the climate and poverty.

Newcomers in the cabinet can also count on support, with more than seven out of 10 backing the appointment of academic Robert Dijkgraaf to education and hospital chief Ernst Kuipers to health.