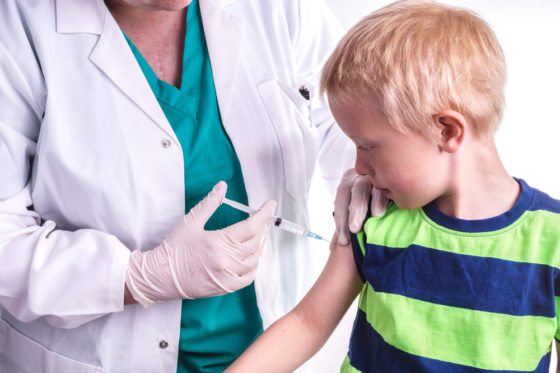 The Netherlands’ vaccination programme for children under 12 has been delayed because the health ministry did not order the first doses from Pfizer until late in December, NRC reports.

The ministry said it held off with the order until the health advisory council (Gezondheidsraad) ruled on December 10 that the benefits of vaccinating children aged 5 and over outweighed the disadvantages, two weeks after the European Medicines Agency came to the same decision.

Most primary school children will receive their first dose in the week of January 24, two weeks after returning to school, with the first batch of 800,000 vaccines due to be delivered this month.

The delay is reminiscent of last year, when the Netherlands was the last country in the EU to begin vaccinating its adult population against coronavirus.

A spokesman for the ministry told NRC that it waited until the advisory body’s ruling before ordering the first large-scale batch of vaccines. A smaller batch of 42,000 doses was ordered earlier for children who were at high risk because of conditions such as Down’s syndrome.

The ministry also blamed the delay on uncertainty about the take-up rate for young children, who need their parents’ permission to be vaccinated, and the logistical challenge of distributing hundreds of thousands of doses.

The issue was further complicated by the need to run the vaccine programme for children alongside the booster campaign for adults. ‘We received the 800,000 children’s doses instead of regular Pfizer vaccines,’ the spokesman said.

Meanwhile, a new body set up to monitor the implementation of education policy warned that only 25% of schools were properly ventilated as children returned to the classroom on Monday.

The Platform Perspectief Jongeren (PPJ) said it was unclear who was ultimately responsible for improving ventilation in schools.

Proper ventilation was essential to make classrooms safe and avoid a repeat of last year’s national shutdown, committee member Sven Annen said. ‘If you create a safe school environment, and ventilation is an important part of that, you can say the schools are safe and remove the option of closing them.’

Many schools had not come up with ventilation plans because they were short of money for the renovation work, Annen said. The government has earmarked €360 million for improving ventilation, but individual schools can only claim up to 30% of the total cost, with the rest coming from their own or local authority budgets.

The average cost of a new ventilation system is around €500,000 for a primary school and €1.5 million for a secondary school, according to an earlier study commissioned by the education ministry.

‘In many cases it is unclear who is ultimately responsible,’ Annen said. ‘It has been clear for quite a while that there are problems with ventilation at some schools. But because the responsibility lies with several parties, there have been few new plans and projects.

‘Some schools and municipalities have reported that the money that has been made available is not sufficient.”