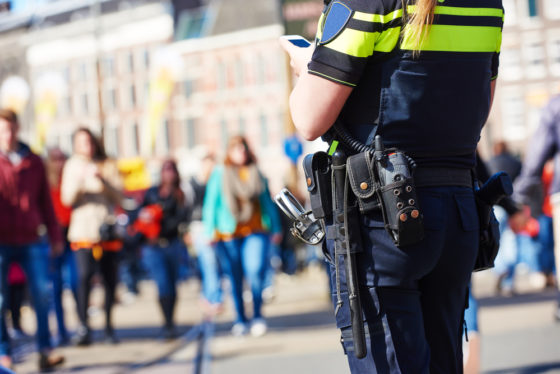 The UN’s special rapporteur on torture has admitted the terms in which he described the actions of Dutch riot police during an anti coronavirus demonstration were ‘provocative’ but said that he stands by his criticism of police practice in the Netherlands.

Nils Melzer came under fire for retweeting two pieces of film without context, and describing one as ‘one of the most disgusting scenes of police brutality I have seen since George Floyd’.

He also called for legal action against the officers involved, apparently unaware that one film dated from March last year and that the policemen in question are already being prosecuted for using excessive violence.

In an interview with the Volkskrant, Melzer said he was not surprised about the ensuing criticism of his tweet. ‘Western democracies don’t react well to criticism. They think, we’re the good guys, he’s been appointed to scrutinise others, not us. But I feel that if even the police in Western Europe are flouting human rights it’s a very slippery slope,’ he told the paper.

Melzer said although he is sorry his strong words caused such a stir, he stood by his comparison of the incident with the death of George Floyd at the hands of police officers.

‘In both cases I see police officers who assume they have a right to use violence against an arrestee who has no way of escaping. I don’t think they had the intention to kill but if you beat someone on the head and neck with a baton it’s dangerous. (..) These are not a few maverick policemen. It is suggestive of a systemic problem which can have destabilising effects,’ he told the paper.

‘In retrospect, my tweets were provocative and generated more noise than I had meant,’ Melzer said. ‘But when it has all blown over in a couple of weeks, then the subject will be higher on the Dutch agenda and this research will be taken more seriously. That is what counts.’

Police unions in the Netherlands have said Melzer did not put ‘all the facts and circumstances in the right context’, and have lodged a complaint about his tweets at the UN.

Melzer, whose tenure as rapporteur is coming to an end in October, will be visiting the Netherlands in the first half of this year to discuss police violence with politicians, police and the ombudsman and said he would be bringing a forensic doctor ‘in case anyone wants us to examine their wounds’. An official report about the matter is expected in March 2023.

Melzer is also planning to visit Poland and France.