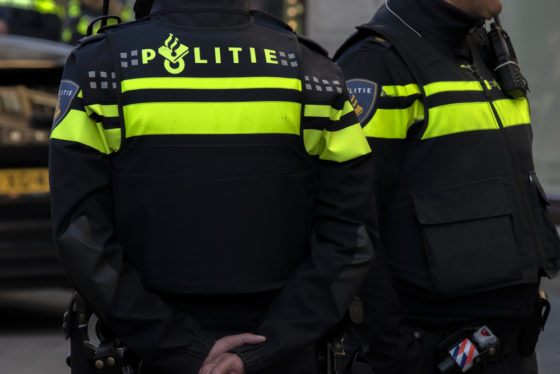 The UN’s special rapporteur on torture has retweeted an old piece of footage showing two police officers attacking a demonstrator, describing it as ‘one of the most disgusting scenes of police brutality I have seen since George Floyd’.

But the Tweet posted by Nils Melzer, headlined ‘urgent’ and directed at the foreign affairs ministry, was actually taken in The Hague in March last year.

The footage shows a lone demonstrator being hit by police officers with batons and attacked by a police dog, and caused outcry in the Netherlands when it was placed on social media.

In his tweet Nils Melzer says in capital letters that ‘this savagery must stop here and now’ and that he will send an official protest note to the Dutch government shortly. He also calls for the police and their superiors to be prosecuted.

URGENT @DutchMFA:
➡️This is one of the most disgusting scenes of #PoliceBrutality I have seen since #GeorgeFloyd!
➡️These officers & their superiors must be prosecuted for the crime of #torture!
➡️THIS SAVAGERY MUST STOP HERE & NOW!
➡️I will send an official protest note shortly! https://t.co/GdGwRlDNup

However, this is already happening. In December, the public prosecution department announced that the two police officers are to face prosecution for using excessive violence which, the department said, was disproportionate.

Scores of people have now pointed out the footage is old, and was not taken at Sunday’s banned demonstration in Amsterdam as implied. On Monday Melzer also retweeted a short film from that protest in which a demonstrator was attacked by a dog.

In that tweet he invited victims, witnesses and NGOs to submit ‘verifiable evidence’ on the incident in preparation for his official visit to the Netherlands in 2022, which, he said, would focus on police violence.

DutchNews.nl has asked the UN and Melzer to comment on both his strong words and his sources.

A Dutch police spokesman told broadcaster NOS it was disappointing that Melzer has made such strong statements on the basis of a few images.

And police union chief Gerrit van de Kamp said that the UN rapporteur’s statement is ‘entirely his own’.

‘In the Netherlands we are used to doing thorough research before judging,’ Van de Kamp said. ‘Apparently he has already reached his conclusion.’