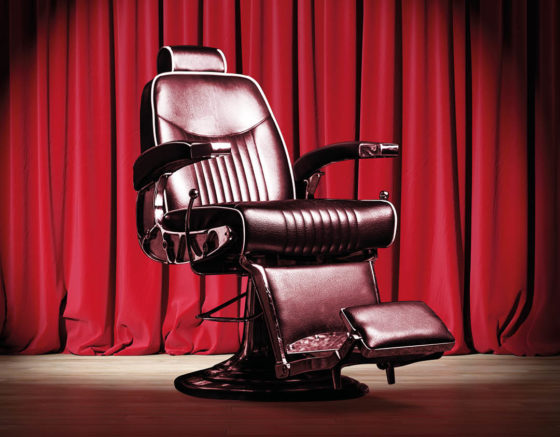 Almost a hundred theatres, museums and galleries across the Netherlands – including the Van Gogh Museum and Concertgebouw – are opening illicitly on Wednesday by turning into temporary gyms, nail salons and hairdressers.

The latest round of coronavirus restrictions have been criticised as being ‘inconsistent’ since the government opened shops, prostitutes, hairdressers and massage parlours – but not bars, restaurants or the cultural sector.

Museums, concert spaces and galleries such as the Concertgebouw in Amsterdam protest that cultural institutions have strictly enforced spacing and coronavirus checks to avoid super-spreading infections, claiming that they are as vital for mental health as sport is for physical health.

The Concertgebouw, one of the most prestigious organisations to join the protest, is giving 50 audience members the chance to listen to a rehearsal of Charles Ives’ Second Symphony, directed by Susanna Mälkki Symfonie, on presentation of a QR code.

It is protesting at what it sees as ‘unequal treatment of the cultural sector since the start of the corona pandemic in the Netherlands’.

Chief executive Dominik Winterling called on the Dutch government to rethink, and reopen cultural institutions, giving them appropriate notice: ‘Our goal is to enrich the lives of the public with the power of symphonic music, especially in these difficult times when everyone needs inspiration,’ he said in a statement. ‘We have proved throughout the pandemic that we can always guarantee a safe concert visit and that concert halls with allocated seating are not a source of infection.’

At the De Kleine Komedie theatre in Amsterdam, where Ebbinge first decided to put hairdressers on stage and turn the hall into a ‘waiting room’ with comic acts, tickets sold out on Tuesday within five minutes. ‘I started with the Kleine Komedie, and with the help of [comedian] Sanne Wallis de Vries, it has really got out of hand,’ Ebbinge told Dutch television show Op1.

‘Some museums have joined in, so on Wednesday, you can do all kinds of sport in museums – how great is that? There will be hairdressers on stage, and artists and musicians will be able to get back into the theatres.’

Meanwhile, the Van Gogh Museum is offering haircuts and manicures, including Van Gogh inspired nail art for €30. Inspired by a letter from Vincent Van Gogh saying ‘hope for better times shouldn’t be just a feeling, but doing something in the present,’ the museum launched a ‘fun’ protest. Members of the public with a booking – plus facemask and proof of coronavirus recovery or vaccination – can also choose a beard cut at €19, trim for €33 or simple manicure for €25, surrounded, of course, by the art.

Across the country, more than 60 theatres are transforming themselves into Kapsalon Theater hairdresser theatres, while more than 20 museums will become a temporary Museum Gym, giving ‘mental booster’ sessions, pilates, yoga, mindfulness sessions, and 80s bootcamps.

DutchNews.nl understands that sex work is not being offered by any of the institutions, although some are apparently advertising their normal services as ‘arts boosters’ or ‘gym for your mind’.

Last week, multiple local mayors said that they would not step in to enforce closure in the case of bars opening in protest, although Amsterdam mayor Femke Halsema said that she would enforce QR-code checks in any open cafés and restaurants.

Sign up at your local kapsalon theatre or museum gym here