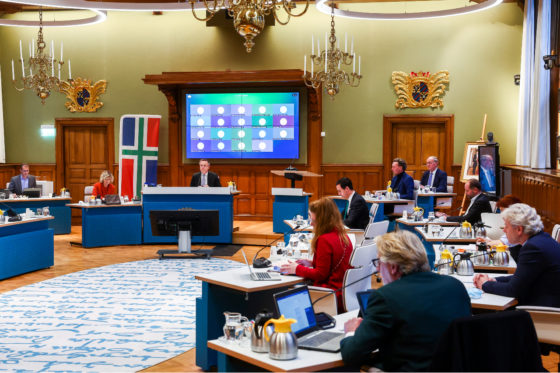 Groningen’s provincial assembly has urged the government to reverse a decision to double the amount of gas produced in 2022.

Outgoing economic affairs minister Stef Blok said last week that the increase was caused by higher demand in Germany, where around five million homes are connected to the Dutch gas grid, and delays to the production of a facility to convert imported gas for use in the Netherlands.

His successor, Hans Vijlbrief, is spending two days in Groningen next week talking to residents and organisations responsible for compensating people whose houses have suffered earthquake damage as a result of gas extraction.

Councillors and provincial assembly members have called for the government to set a legally binding date of 2023 to end all gas production in Groningen.

They also called for a plan to give households €10,000 each to improve their homes to be extended, after the €220 million fund was exhausted within a day.

Koen Schuiling, mayor of the city of Groningen, told NOS: ‘It’s a very significant message that the city council, along with many other municipalities and the provincial government in Groningen, has unanimously said: no more gas from Groningen.’

Long queues formed outside council offices on Monday as homeowners rushed to put in their applications before the subsidies ran out.

Delegates passed a motion on Wednesday evening mandating the provincial government to press the government in The Hague to reduce gas extraction or invest the profits in regional development.

The king’s commissioner for Groningen, René Paas, apologised for the handling of the subsidy scheme and said he was considering taking the government to court if it pressed ahead with more gas production.