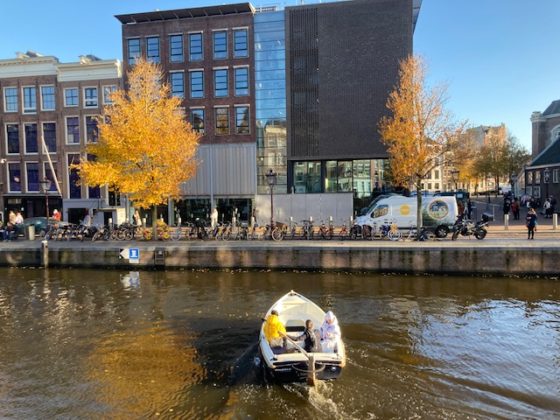 The orchestrated publicity onslaught accompanying Tuesday’s new book about the betrayal of Anne Frank included very strict rules for journalists given an advance copy, the Volkskrant reported on Thursday.

Individual journalists who were given exclusive access to the book were asked to sign a secrecy agreement and told that they would be held personally liable for any leaks about it ahead of the agreed publication date, the paper’s book editor Wilma de Rek said in a column.

The deal prevented journalists from approaching other experts to check and verify facts in the new book, The Betrayal of Anne Frank, which nevertheless generated headlines around the world, and was the subject of a CBS documentary.

Since then, several critics have come forward to express their concerns about the ‘85% certain’ theory that a notary and member of the Jewish Council named Arnold van den Bergh handed a list of addresses where Jews were hiding to the Nazis out of self preservation.

David Barnouw, co-author of the 2003 book Who Betrayed Anne Frank? told the Guardian he was not convinced.

‘The researchers rightly subject their findings to all sorts of caveats,’ he told the paper. ‘However, they are very firm in their conviction of that poor notary. While I wonder whether he had access to a list of Jewish hiding places. The Jewish Council was far too law-abiding to make such a list, I think.’

The New York Times also published an article questioning the book’s findings. Laurien Vastenhout, a researcher at the NIOD Institute for War, Holocaust and Genocide Studies, told the paper there is no evidence that the Jewish Council did have a list of names and addresses of people in hiding.

In particular, she said, book is full of errors’ about the council. ‘The problem is they come out with this accusation without providing any real evidence.’

The Anne Frank House organisation in Amsterdam gave the researchers access to its files but was not involved in the book.

‘Research into the arrest of Anne Frank continues to be of great importance.’ said director Ronald Leopold. ‘It offers insights into the actions, choices and motives of people under extreme circumstances.’

‘At the same time, it has to be said that key pieces of the puzzle concerning crucial aspects of the conclusions are missing from this cold case investigation. This means that the conclusions go too far. You must not mark someone down in history as the betrayer of Anne Frank if you do not have conclusive evidence for this. More research is needed.’

There have been many theories about who betrayed Anne Frank and the seven others in hiding in the secret annex on Amsterdam’s Prinsengracht in 1944.

In 2016, the Anne Frank House published its own research suggesting the Frank family may not have been betrayed when their hiding place was raided in August 1944 but that the secret annex was found by accident.

That research looks at why the Prinsengracht office was raided in the first place. It suggests illegal employment and ration-coupon fraud played a role and may have led to the discovery and subsequent deportation of the family.