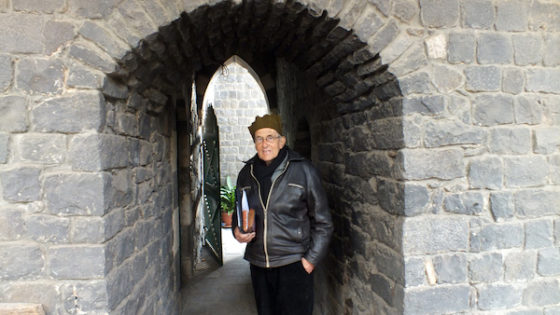 A Dutch Jesuit priest who was shot dead in Syria in 2014 may not be beatified after all, according to newspaper Katholiek Nieuwsblad.

The main reason for the hitch, the paper said, is comments Frans van der Lugt made in 2009 or 2010 about the sexual abuse scandal within the church. He is said to have told a group of visitors to his religious community in Homs that he found the focus on the abuse claims exaggerated and is said to have cast doubts about the victims’ credibility.

The visitors reported the comments to Van der Lugt’s superior. Shortly afterwards, he was admitted to hospital and did not face disciplinary action. However, a report on the incident has now been unearthed during the beatification process.

Van der Lugt was 75 when he was shot dead. He had lived in Syria for 50 years and refused to leave, despite the war. His grave, in the monastery gardens, has become a sort of pilgrimage for both Christians and Muslims in Syria, broadcaster NOS said.

Beatification is the first stage in canonisation, or becoming a saint.

Normally the church requires evidence of a miracle to beatify someone, but people considered to be martyrs by the church can become saints without.