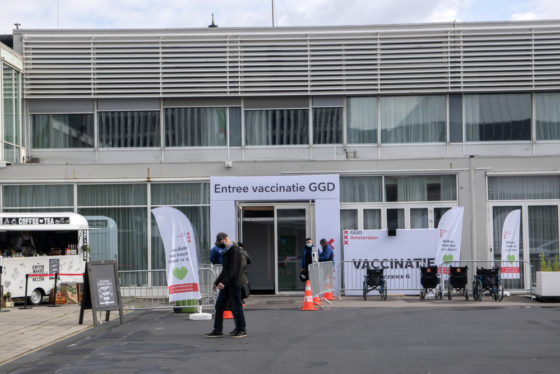 More than 50% adults have had a booster vaccine, says the RIVM. Photo: depositphotos.com

Coronavirus infections in school-age children more than doubled in the week after schools reopened following the Christmas holidays.

The total number of infections was up by 21% in the second week of January, far lower than the previous week’s 77% increase, but the trend was much stronger in younger age groups.

There were 131% more positive tests in primary school-age children and 78% more among teenagers, according to the latest weekly bulletin by the RIVM. Cases also went up faster in people aged between 30 and 45, but there were fewer infections among people in their twenties.

In total 242,961 people tested positive in the seven days to January 18, the highest weekly total ever recorded, while 36% of all tests were positive, also a record. 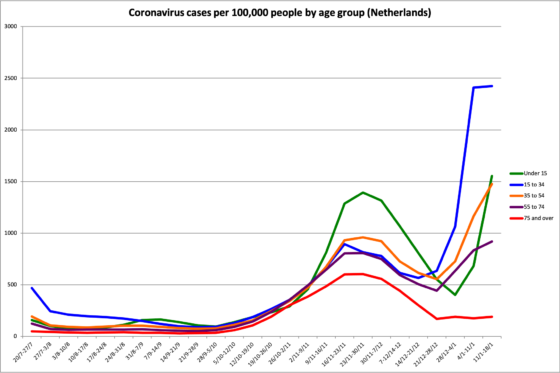 The figures mean that in the last week one person out of every 72 in the Netherlands was diagnosed with coronavirus. The infection rate in the 15-19 age group was one in 33, compared to one in 526 among the over-75 population.

Hospital admissions continued to decline strongly despite the high infection rate, with 647 people admitted to hospital in the last week compared to 940 the week before.

Intensive care admissions were down by 36% at 94, while the number of recorded deaths fell from 116 to 63, an average of nine a day.

The RIVM said around half of all adults and 90% of people over the age of 60 had now had a booster vaccine, but warned that the number of infections could rise faster now some of the lockdown restrictions have been lifted.

‘What effect the most recent relaxations will have on the number of people who test positive for coronavirus and the number of hospital admissions that follow from that will become clear in the next few weeks,’ said a spokesman. 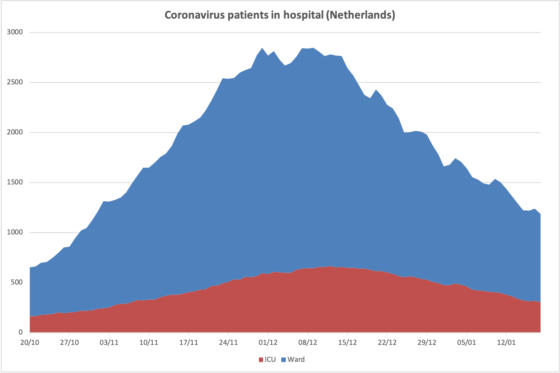