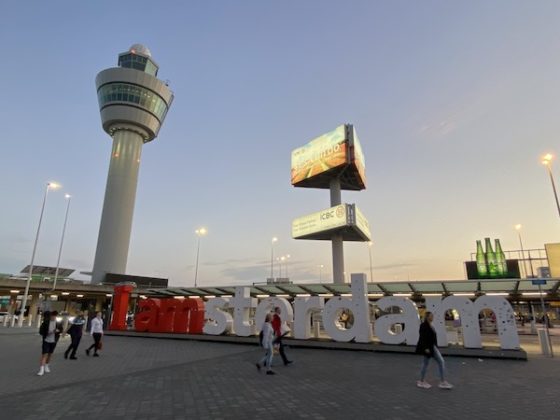 The next cabinet may have to take drastic action to ensure the future of Schiphol airport because it does not meet rules on noise and nitrogen compound pollution, government legal advisors have told broadcaster NOS.

Without far-reaching measures, the airport may have to cut the number of take-offs and landings by 20% to 400,000 a year, the broadcaster said.

In order to keep the current number of aircraft movements, the government will have to buy out farmers working close to the airport and reduce the speed on nearby motorways to 80 kph to cut pollution in the vicinity, the sources said.

Ministers will discuss the issue of Schiphol at Friday’s cabinet meeting but no-one is prepared to comment publicly at the moment. ‘Everything we say would have legal consequences for the state,’ an infrastructure ministry spokesman told the broadcaster.

In 2019, ministers also agreed that Schiphol would also have to apply for a ‘nature permit’ which sets limits to its impact on the locality. Environmental groups have pledged to go to court if this is not done.

Pressure has been mounting on the government not to sanction any expansion in flights at Schiphol because of the impact on its surroundings but the government is keen to see the flight network maintained, because of its importance to the Dutch economy.

One option which the next government has is to open Lelystad airport to commercial traffic. The government had hoped to open Lelystad to holiday traffic in 2020 and so allow Schiphol to focus on more lucrative intercontinental flights, but that was delayed by a variety of problems, not least of which was approval from Brussels.

The expansion plans have also led to major protests by people who will be affected by low-flying planes. In addition, in 2019 it emerged that the noise calculations for local residents were wrong and that people will suffer far more aircraft nuisance than expected.