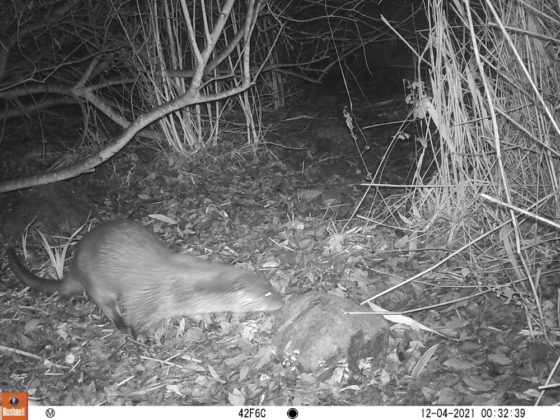 A wild otter has been caught on camera sniffing around the water’s edge at the Diemer Vijfhoek, a nature reserve next to the new Amsterdam suburb of IJburg.

Signs of otter movements were first spotted on IJburg in the summer, but researchers have now succeeded in capturing the animal on film, the Parool reported at the weekend.

‘We knew he was here, because of the tracks found on IJburg beach, and the spraints (excrement) and remains of fish that we’ve found,’ researcher Stijn Nollen told the paper.

The otter was officially declared extinct in the Netherlands in 1988 and was last seen in Amsterdam more than 50 years ago.

Otters were reintroduced from Lithuania and other eastern European countries between 2002 and 2008 in the north and have since spotted over much of the country.

In 2017, otters were seen again in the Naardermeer and Flevoland, just an hour’s swim from Amsterdam, Nollen said. The precise location of where the IJburg otter has been spotted is being kept secret.