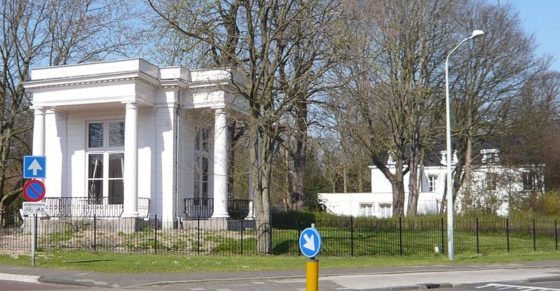 Leafy Bloemendaal has the highest percentage of millionaires. Photo: Jane023 via Wikimedia Commons

The number of millionaires in the Netherlands has risen for the sixth year in a row, with 24,000 more people joining the list by the beginning of last year.

The Netherlands now has more than 278,000 households with assets of more than one million euros – but most of this is on paper, in the form of property and shares, national statistics agency CBS said.

Most millionaires live in the province of Noord-Holland, and particularly in Laren and Bloemendaal where one in four households is worth over a million euros, on paper at least.

Groningen, Flevoland and Limburg have the fewest millionaires per head of the population.

The increase in wealth is down to economic growth, rising share prices and soaring house prices, the CBS said.

Around 45% of the millionaires’ assets is in the form of shares, and 21% is in property. At the same time, property accounts for 75% of the assets of people who are not classified as millionaires by the CBS.

Just 3% of Dutch households have assets of at least €10m.