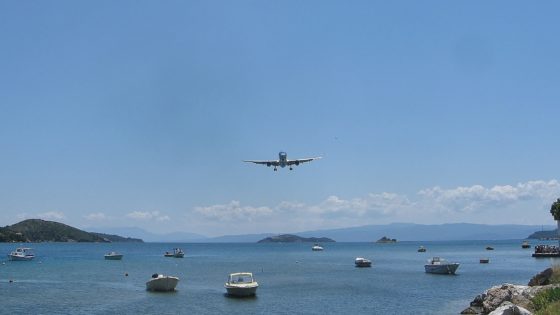 Dutch journalist Ingeborg Beugel is leaving her home in Greece because of threats to her life after calling out Greek prime minister Kyriakos Mitsotakis about refugee pushbacks in the Aegean Sea at a press conference earlier this month.

Beugel asked Mitsotakis when he would ‘stop lying’ about the pushbacks, to which a visibly angry Mitsotakis responded: ‘Look, you will not come into this building and insult me. Am I very clear on this?’

Beugel, who has lived in Greece for 40 years, has been reporting on the refugee crisis in the Greek islands since 2012. She was previously arrested in June 2021 and is currently facing trial in Greece on charges of illegally hosting an Afghan refugee in her house, which carries a 12-month prison sentence and fine of €5,000. That trial has been postponed until June 2022.

‘Mitsotakis is not used to direct questions and reacted in a very authoritarian way. He thought he had managed to shut up the press in the last two years,’ Beugel told NU.nl in an interview on Friday.

Greece has been accused of carrying out refugee pushbacks by a number of international organisations, including the Council of Europe. The European Commission ordered both Greece and Croatia to investigate the pushbacks by Greek border guards following a report by Dutch current affairs programme Pointer. Both countries have pledged they would.

Apart from virulent online abuse, Beugel was also hit by a stone thrown by a man in the street when she went to a shop in Athens at night.

‘The threats and violence against Beugel, as well as her involuntary departure from Greece, are unacceptable”, International Press Institute deputy director Scott Griffen said.

Dutch journalist forced to leave Greece after threats and intimidation – International Press Institute Thank god these organisations exist. Journalists like me would be left alone, lost, powerless without institutions like IPI. My gratitude is endless. 🙏 https://t.co/GvQs7N3XFY

‘Journalists fulfilling their watchdog role and asking uncomfortable questions – however pointedly – about a matter of clear public interest should never face such extreme intimidation. The shameful and coordinated attempt to discredit Beugel work and bully her out of the country raises yet more worrying questions about press freedom in Greece.

Beugel, who said she said she will file a complaint with the Greek police over some of the threats she received, was advised by the Dutch foreign office and the NVJ to leave Greece as soon as possible. She has not said exactly when she will travel to the Netherlands because of safety concerns.