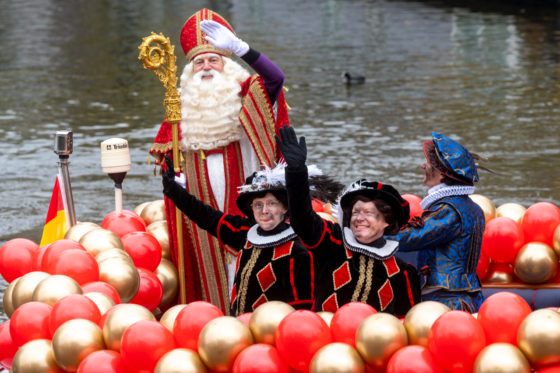 Amsterdam will no longer subsidise Sinterklaas arrival parades that continue to use ‘Zwarte Piet’ characters in blackface costume, mayor Femke Halsema has confirmed.

In written answers to the anti-discrimination party BIJ1, Halsema confirmed that both the council and district authorities had been instructed to reject any application for funding from organising committees if it included blackface Piets.

There was no question of a ‘don’t ask, don’t tell’ practice emerging, the mayor said, since ‘district licensing authorities ask the organisers every year what kind of Piets are being included.’

Since 2018 Amsterdam has replaced Zwarte Piet characters with sooty-faced versions in its main Sinterklaas parade on the quay outside the Scheepvaartmuseum. This year the number of Piets was limited to five because of coronavirus concerns.

The city has encouraged its subdivisions to follow suit, but BIJ1 said that Zwarte Piets were still present in some areas and asked what the council was doing to eradicate a character that ‘is racist in nature and should be banned from public spaces’.

Halsema said the council had not opted for an outright ban because it was likely to be thrown out by the courts on the grounds that it infringed on people’s personal liberty.

But she said the city’s government supported BIJ1’s view that Zwarte Piet was a racist caricature and divisional offices had been instructed to make sure their decisions on subsidies were in line with council policy.

‘In this instruction it is stated that any application to organise an arrival parade in which “zwarte piet” plays a role should be rejected,’ Halsema wrote.

‘Additionally, the mayor and aldermen will continue to focus their efforts in dialogue with organisers of arrival parades to phase out the use of this stereotype figure.’

A spokesperson for BIJ1 said that while party welcomed the city’s decision, there was still ‘room for improvement’.

‘We have been fighting against this deplorable “tradition” since our party’s inception and will continue to do so until every child is able to enjoy Sinterklaas without its racist connotations. We stand in solidarity with activist groups like KOZP (Kick Out Zwarte Piet), who have been leaders in this struggle for years.

‘While our mayor’s answers indicate another step in the right direction, BIJ1 would like to see Amsterdam take an even firmer stand against racism. We are calling for a ban on all forms of blackface, including Zwarte Piet and the latest grey version, which uses the same exaggerated facial features, in our municipal bylaws.’