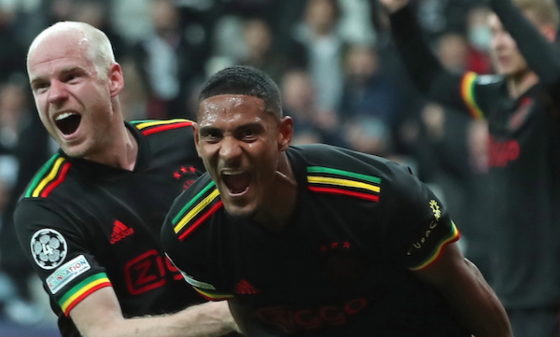 A 1-2 win against Besitkas of Turkey has further emphasised Ajax’ position as unbeaten leader in Champions League Group C.

The Amsterdammers were 1-0 down at half time but won the match with two goals by substitute Sebastien Haller in the second half.

The double by man of the match Haller puts him on a par with Jari Litmanen’s club record of nine goals in a Uefa Champions League campaign. The Finn put away nine in the 1995/96 season.

According to the AD, Ajax’ five successive Champions League wins have generated some €70m for the club coffers so far.

All clubs taking part in the group phase get a starting premium of €15.64m, while Ajax is entitled to a further €20m based on previous performances.

Each of the five group wins has generated further bonuses as well as income from television rights. And qualification for the round of 16 brings a further €9.6m, the AD said.

Ajax’s final group match is against Sporting Portugal on December 2.

In tonight’s European football, PSV meet Sturm Graz in the Europa League, while Feyenoord, Vitesse and AZ are all in action in the Conference League.