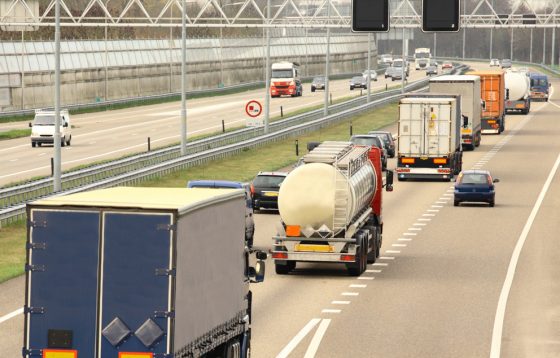 Like Britain, the Netherlands too has been hit by a shortage of lorry drivers with 46% of firms saying they have vacancies, broadcaster NOS has reported.

The shortage is due to both economic developments and a retirement wave among older drivers, NOS said, adding that it is difficult to attract younger people to become drivers, given the ‘modest’ earnings.

The problem has also been made worse by the coronavirus pandemic which forced the vehicle licencing authority to halt its exam programme for would-be drivers. There are currently an estimated 10,000 vacancies in the Netherlands.

Many truckers who work for Dutch firms come from eastern Europe, but are often denied salaries in line with their Dutch colleagues, according to trade union federation FNV.

Some companies use complicated cross-border constructions to get round the Dutch pay scales. In July, for example, a Dutch transport company was ordered to give 10 Hungarian lorry drivers back pay which could run into hundreds of thousands of euros for failing to pay them a salary in line with Dutch requirements.

The FNV has several other pending and ongoing cases against both transport companies. Some cases involve criminal offences such as forgery and labour exploitation, the union federation said.

In the UK, where the shortage is much more serious, just 27 people have applied so far for one of 300 visas set aside for lorry drivers to deliver fuel to petrol stations, the Times reported on Tuesday.