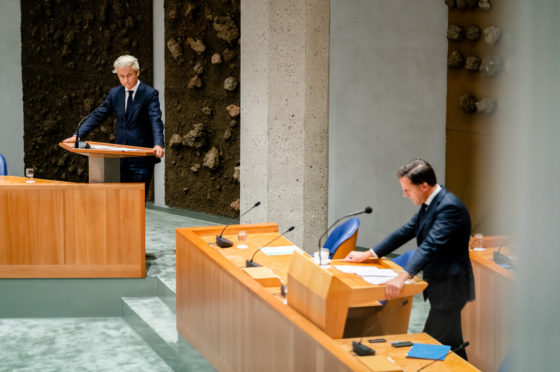 No government in Dutch history has faced as many motions of no confidence or censure as Mark Rutte’s current administration, the Telegraaf reported on Monday.

Since it took office in 2017 the third Rutte cabinet has faced 36 no-confidence motions and 15 censure votes.

No minister has stood down after losing a no-confidence vote since 1939, but there have been several recent occasions when cabinet members have resigned before they could face a vote, notably last January, when the entire government resigned over its handling of the childcare benefits scandal.

Until the turn of the century no-confidence motions were seen as a measure of last resort, but since 2007 they have become a standard feature of debates. Jan Peter Balkenende’s fourth cabinet, between 2007 and 2010, faced 16, equivalent to the number for the entire period from 1951 to 2007.

Since 2010 Rutte’s three administrations have notched up a total of 67 motions of no confidence and 24 motions of censure. The current cabinet has been the subject of six no-confidence votes since losing its mandate in January, including three in the last six weeks.

Cabinet members are not obliged to resign if they lose a vote on a motion of censure, but D66 leader Sigrid Kaag stood down as defence minister in September when MPs disapproved of her handling of the evacuation of Kabul.

Kaag had criticised Rutte for not resigning as prime minister after he lost a similar vote in April. Defence minister Ank Bijleveld was also censured over the situation in Afghanistan and resigned a day later than Kaag, after initially saying she would remain in post.

The explosion in no-confidence votes has gone hand in hand with the rise of populist parties such as Geert Wilders’s anti-Islam PVV. Wilders and his colleagues have submitted 42 of the 83 motions faced by the last four cabinets, while the next most prolific party, the Socialists (SP), have put down 14.

Eleven of the PVV motions have been directed at Mark Rutte, while eight called for the resignation of the entire cabinet. In September 2009 Rutte and Wilders both tabled motions of no confidence in Balkenende’s fourth coalition.