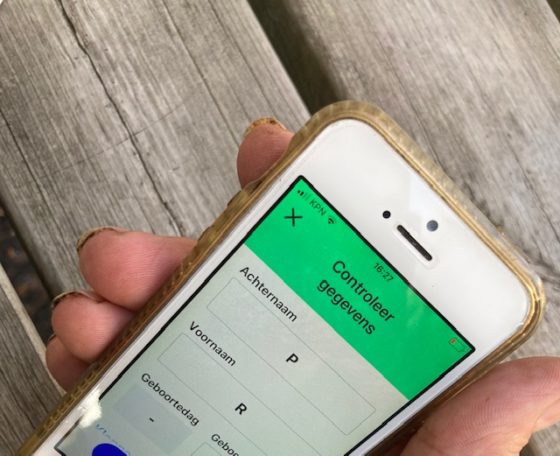 A court has rejected a bid to strike out the coronavirus pass system in the Netherlands for being ‘criminal and discriminatory’.

Lawyer Bart Maes asked the district court in The Hague to order the government to revoke the measure because it treats unvaccinated people differently without good reason.

Maes claimed that the coronapass served no purpose because vaccinated and unvaccinated people were equally likely to spread the virus. But a judge at the district court in The Hague said he had not proved that the state was acting illegally.

‘The enforcement of the coronavirus test for entry certificate does not breach the ban on discrimination,’ the judge said. ‘It has not been proved that this is a case of a difference in treatment without objective or reasonable legal justification.’

The judge said the state was entitled to base its policy on the opinion of the Outbreak Management Team that unvaccinated people carried a greater risk of transmitting the virus. ‘The so-called “test for entry” has a legitimate purpose of limiting the spread of the virus.’

The new rules, which replaced the 1.5 metre social distancing rule, requires everyone over the age of 12 to produce a QR code showing they have either been fully vaccinated, tested negative for coronavirus in the last 24 hours or recovered from an infection in the last six months.

Maes told regional TV show Kraak this week that he expected similar systems introduced elsewhere in Europe to be struck out by the courts. ‘Sweden has scrapped everything, Spain is going to fall, the highest court in the land is on the case. France is France and as we know, Austria and Germany have a rich tradition of exclusion and discrimination.’

Anti-lockdown and anti-vaccine protesters have frequently turned to the courts to try to overturn the government’s pandemic control measures, but with only occasional success.

Last week the owner of vegan restaurant Waku Waku lost a bid to have his business reopened after he refused to check coronavirus passes at the door. Utrecht city council closed the restaurant on the orders of mayor Sharon Dijksma, prompting dozens of people to stage a sit-down protest outside the entrance.

‘Waku Waku is not being asked to act in violation of the prohibition of discrimination or to unlawfully restrict fundamental rights,’ the court said in a statement.

The restaurant has raised more than €250,000 through a crowdfunding page to fund its legal action. On Friday its supporters lost another case when a judge upheld the council’s decision to move the protest to the Jaarbeursplein on safety grounds.

In February anti-lockdown protest group Viruswaarheid succeeded in having the night-time curfew outlawed because it had been brought in using emergency powers, but parliament immediately passed a law reinstating it. The judgment was also overturned on appeal.