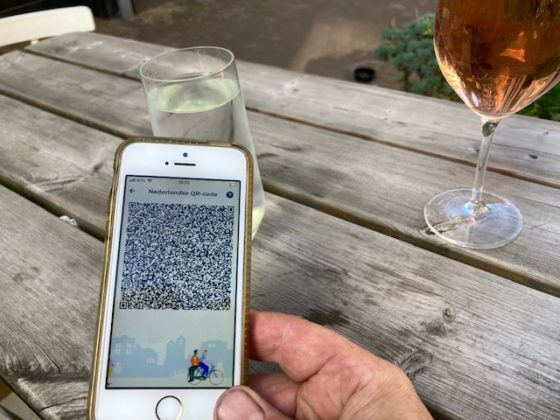 Hopes that the coronavirus pass system maybe either overhauled or abandoned in early November are likely to be dashed, cabinet sources have told the Telegraaf.

The government pledged to review the situation at the end of October, over a month since the pass was made compulsory for cafes, bars and indoor entertainment.

However, the Telegraaf said, the pressure on hospitals is still too high to allow the pass to be scrapped. There are currently 469 people with coronavirus in hospital, of whom 128 are on an intensive care ward.

Some small changes maybe made however, the paper said. Concert halls without seating could be allowed to sell tickets for maximum capacity again. And if the infection rate improves, the midnight closing time for cafes and clubs could also disappear.

The infection rate has been creeping up since the pass was introduce and now averages around 1,800 new cases a day. The R value, or reproduction rate, has also risen to over 0.9.

Officials had expected the infection rate to rise when social distancing was dropped on September 25.

The sources told the paper that scrapping all the remaining rules – including the use of face masks on public transport – would be going too far. Efforts are also being made to increase the vaccine rate – some 17% of the adult population has not yet been vaccinated.

The government’s Outbreak Management Team – a group of healthcare experts across a variety of disciplines – meeting on Friday to discuss the latest situation. The OMT is due to make new recommendations to the government on November 1 and a press conference was scheduled earlier for November 5.

Meanwhile, few problems have been reported with the CoronaCheck app, although the public health institute RIVM has not yet done any research into support for the measure.

The app has been downloaded 12 million times and most technical problems now seem to have been sorted, the paper said.

Despite a string of protests and several legal challenges, it is unclear if cafes, restaurants and theatres are using the QR codes as they should.

DutchNews.nl has asked officials in Amsterdam how many fines or warnings have been issued since the QR code was made compulsory two weeks ago.