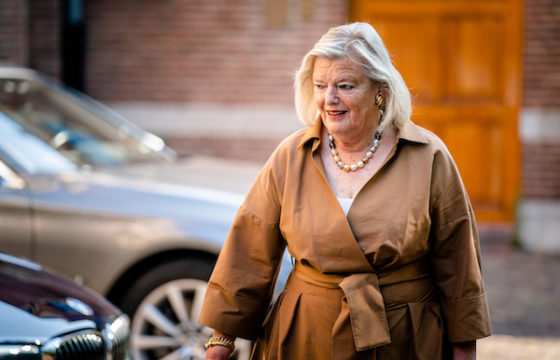 Junior justice minister Ankie Broekers-Knol has said she is sorry about remarks made in an interview with the AD newspaper at the weekend, in which she said 100,000 Afghan nationals could be heading for the Netherlands.

Broekers-Knol quoted the figure based on 23,000 emails sent to a special foreign affairs ministry hotline for people who are claiming help from the Dutch to leave. But the actual number of people who are eligible for resettlement in the Netherlands is unclear.

‘The message was that if the requests for help via email lead to 100,000 new asylum seekers, that our system would not be able to cope,’ Broekers-Knol said in her apology. ‘I should not have used this hypothetical number.’

The minister had also come under fire for describing the departure of the intelligensia from Afghanistan as a brain drain – an argument which has also been used by the Taliban to keep people in the country.

The loss of highly-educated workers is a legitimate cause for concern, Broekers-Knol said. ‘But I should not have used it in the context of this part of the interview, which focused on people who are now trying to leave Afghanistan.’

MPs had described the minister’s comments as ‘misleading’ and ‘heartless’.

The Netherlands brought 1897 people out of Kabul during the evacuation which followed the withdrawal of peacekeeping forces. Of them just over 1,000 are now going through the asylum process.

In August, the minister was also criticised for co-signing a letter urging the EU to keep the option of deporting people to Afghanistan open.

The letter, also signed by Denmark and Austria, said that ‘stopping returns sends the wrong signal and is likely to motivate even more Afghan citizens to leave their homes for the EU’.

The letter was sent before Kabul fell to the Taliban and the ensuing row led the minister to state that the Netherlands will not deport asylum seekers to Afghanistan for at least the next six months.