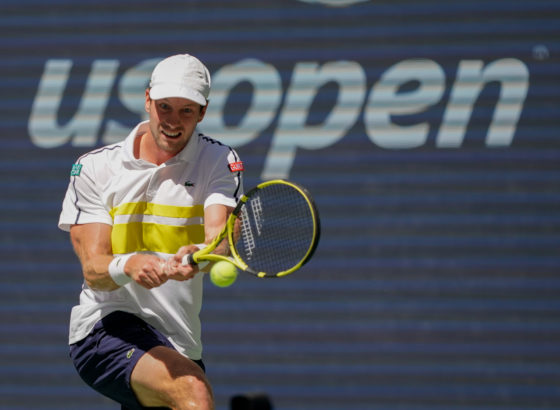 Tennis player Botic van de Zandschulp’s giant-killing run at the US Open ended in the quarter-finals as he lost in four sets to second seed Daniil Medvedev.

Van de Zandschulp, who knocked out number eight seed Casper Rudd and 11th seed Diego Schwartzman in earlier rounds, looked outclassed as he was broken in his opening service game and lost the first two sets 6-3 6-0.

The man dubbed the ‘comeback king’ rallied to become the first opponent to take a set off Medvedev in this year’s tournament, winning the third 6-4, and matched the Russian for most of the fourth set before going down 7-5.

The 25-year-old from Veenendaal is the first Dutchman to reach the last eight at Flushing Meadows since Sjeng Schalken in 2004. Currently ranked 117th in the world, he is expected to break into the top 100 when the rankings are updated next week.

Earlier this year he reached the second round of the French Open and Wimbledon, after making his Grand Slam debut at the Australian Open in February.